The St Luke's Cheshire Hospice ‘Charity Ride Out’ that took place on the second day of the Sandbach Transport Festival on Sunday 23rd April 2017 raised £1,897.03 for the hospice.

The ride followed a 35 mile route from Winsford and was led up High Street in Sandbach by the St Luke's Cheshire Hospice Routemaster double-decker bus.

Vickie Baddeley, Community Fundraiser at St Luke’s, said: “The Charity Ride Out is an annual occurrence in our calendar and one we look forward to. This year’s event was as spectacular as ever and with the sun shining throughout the route, it made for a thoroughly enjoyable day. Thank you to everyone who supported the event, from riders to people standing on the roadside cheering us all on, it made for a fabulous day.”

Denis Newell, from the South Cheshire Motorcycle Club, said: "The motorcycling community never fails to impress when any charity needs support.  We owe a huge thanks to all those that took part and supported the ride.  It helps towards the £8,000 that St Luke's Hospice needs to raise every day of the year." 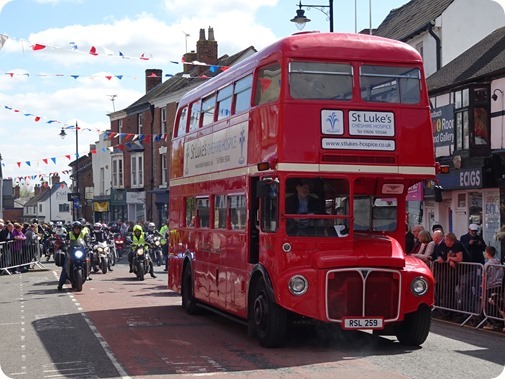 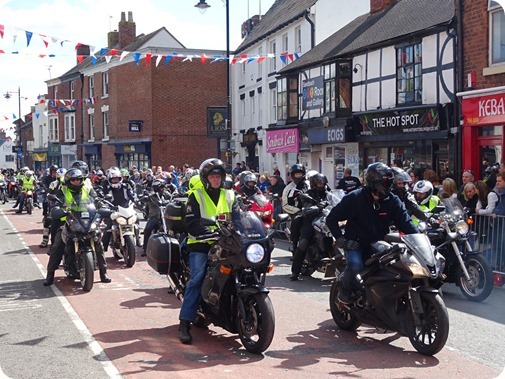