British electronic dance legends 'Flip & Fill' and 'Ultrabeat' each performed a DJ set at The Studio Nightclub & Entertainment Venue - http://www.facebook.com/studionantwich - in Nantwich on Friday 19th May 2017.

Flip & Fill have had several Top 40 hit records including True Love Never Dies, I Wanna Dance With Somebody, Shake Ya Shimmy, Field of Dreams, Irish Blue, Discoland, and Shooting Star which peaked at number three in the UK singles chart in 2002.

Ultrabeat have also had several Top 40 hit records including Feelin’ Fine, Better than Life, Elysium, and Pretty Green Eyes which peaked at number two in the UK singles chart in 2003.

Flip & Fill and Ultrabeat were both supported by MC Domino, who hyped up the audience to a fever pitch. DJ's Andy G and Ste Owens also played sets at the event.

Nigel Woodhouse, Director of Operations at The Studio said, "It was great to have two more Clubland legends at The Studio Nantwich - for these guys and The Studio it really is about the entertainment. On Saturday 27th May we are bringing DJ Danny T, who will be making memories for today's clubbers and it's free admission before 11pm.” 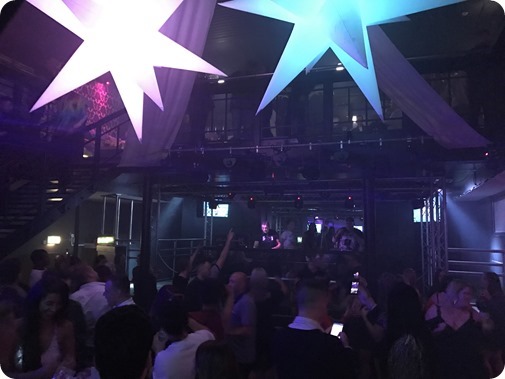