Phil Houghton was the Musical Director and also introduced each song and soloist. During the concert Wistaston Singers sang songs from 42nd Street, Mamma Mia, and Les Miserables as part of an extensive programme. Conductor Phil Houghton also played the organ. Chris White sang and played his ukulele. Jane Hale was the Accompanist and also played the flute and alto saxophone. There were also many soloists within the choir. The audience was encouraged to sing along to the Last Night of the Proms finale which included Rule Britannia, Land of Hope and Glory and Jerusalem and to join in singing the National Anthem.

Drinks, cakes and strawberries were served during the interval.

Proceeds from the concert will go to Church and Choir funds.

Musical Director Phil Houghton said, “We were delighted to sing at St Stephen’s Methodist Church and thank them for their generous hospitality. It was an afternoon that was enjoyed by all and we thank everyone for their support.”

The Wistaston Singers were originally formed by members of the choir at St Mary's Parish Church, Wistaston in May 2000 and now number over forty-five members singing four-part harmony music. The choir perform a varied eclectic choice of music including choral church music and anthems, songs from the shows, Gershwin, John Rutter, and Gilbert and Sullivan; effectively encompassing from the 15th century to the 21st century. They perform up to seven concerts a year at various venues in south Cheshire and one concert out of area as an 'away day experience'. The choir is also available to perform at weddings in the area. The choir rehearse weekly in the parish rooms of St Mary's Church, Nantwich on a Wednesday evening from 7:30pm to 9:30pm. New members are welcome and further details may be obtained from Choir Secretary Jill Oakes, Tel: 01270 662940 and email: jillandjohnoakes@uwclub.net 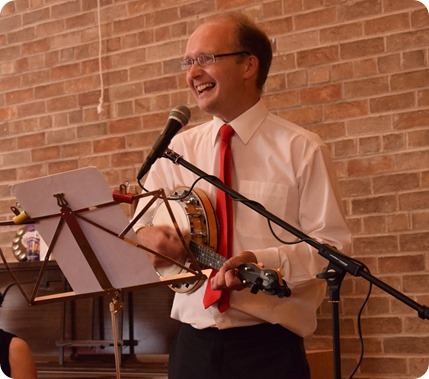 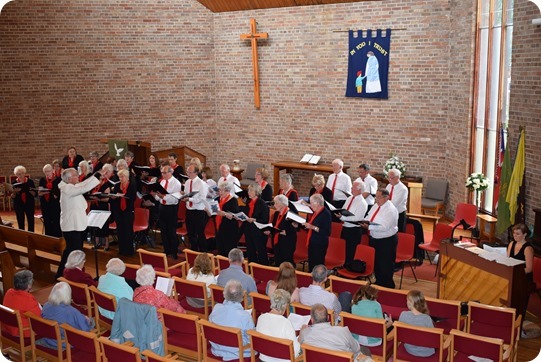