Welcome to this, my 169th news bulletin.

Crewe and Nantwich is often referred to as the ‘gateway to the North West’. It can sound clichéd, but it’s important that we recognise that we aren’t an island, and that we work closely, both in business and in government, with organisations and industries across our region.
I know it can be tempting to become exasperated when we hear the words ‘Manchester’ and ‘Liverpool’ all the time: the national media can be very city-centric. But we mustn’t forget that what benefits these conurbations can also benefit us: in jobs; in the public sector; in transport.
Here are just a few examples of the investment the government has made in our region:
£1.25bn in Local Growth Deals
The five Local Enterprise Partnerships in the North West will benefit from Local Growth Deals creating up to 38,000 jobs.
£400m Northern Powerhouse investment
Together with the British Business Bank and Local Enterprise Partnerships in the North West, Yorkshire and the Humber and Tees Valley we are creating a Northern Powerhouse Investment Fund of over £400m to invest in smaller businesses.
£22m UK Trade and Investment package for the Northern Powerhouse
This includes £7m to establish a Northern Powerhouse Investment Taskforce bringing together UK Trade and Investment, Local Enterprise Partnerships and Combined Authorities, and £15m for trade missions and events to showcase the North and maximise export potential.
Further devolution to Greater Manchester and Liverpool
The Chancellor of the Exchequer signed a devolution agreement with Greater Manchester in 2014 and with Liverpool in 2015.  The agreements will result in devolving new powers and responsibilities and a directly elected Mayor for each city region. Both deals were extended in the 2016 Budget, with Manchester working towards greater responsibilities over social justice and Liverpool working closer together with Government on key areas such as health and housing, along with developing pilots to trial 100% business rate retention. Cheshire hasn’t decided to go this way yet, but we’ll be watching and learning from these two examples.
Great Exhibition in the North
£5m for a great exhibition in the North, which will celebrate the great art, culture and design of the North and £15m for a Great Exhibition Legacy Fund for future cultural investment in the North.
£300m in local transport improvements
This investment includes £60m for HS3 between Leeds and Manchester to develop options to reduced journey times to 30 minutes and £3.75m to support the development of HS2 growth strategies. There is also £161m to Highways England during this Parliament for major improvements to the M62 between junctions 10 and 12 (Warrington to Eccles) and junctions 20 and 25 (Rochdale to Brighouse). There will also be £75m for work on a new TransPennine tunnel between Sheffield and Manchester, as well as options to enhance the A66, A69 and the North West quadrant of the M60.
But these are not isolated projects. Over the past five years both we in Crewe and Nantwich and the country more broadly have been on a long journey, out of a great recession into one of the fastest-growing economies in the developed world.
We want to ensure that this is a balanced recovery, which benefits every part of our country. We are pursuing a clear, consistent and sustained plan to hold up the whole of the North of England, including the North West. We aim to:

So let’s remember that we’re part of something bigger. Whilst we’re more than playing our part in South Cheshire in growing new businesses and creating new jobs, we need to remain outward-looking to the rest of our region, and to the West Midlands, to take advantage of the opportunities they have to offer.
We in Crewe and Nantwich are uniquely placed to do so, and should do all we can to cement our position in that Northern Powerhouse of the future. 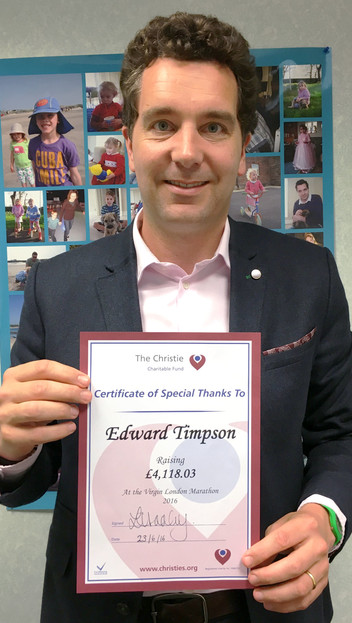 Virgin London Marathon
As many of you will know, this year I ran the Virgin London Marathon in support of The Christie – a fantastic hospital and cancer centre which treated my late mother, Alex.
The Christie provide a networked service to the population of Greater Manchester and Cheshire, and aim to deliver care as close to a patient's home as possible. Donations from the public, on top of NHS funding, make a huge difference to their services  - and I know, in the last 18 months of Mum's life, that we all took great comfort from the way the centre's hugely professional and sensitive staff went about their business.
The atmosphere on race day, Sunday 24 April, was incredible. The weather was near-perfect, and almost every section of the 26.2 mile route was lined with well-wishers. Their support, and the poignancy of this year's effort, really spurred me on, and I was pleased to finish in a time of 3 hours 50 minutes - only 8 minutes shy of my personal best!
A huge thank you, again, to those who supported me and this cause – together, we raised £4,118! 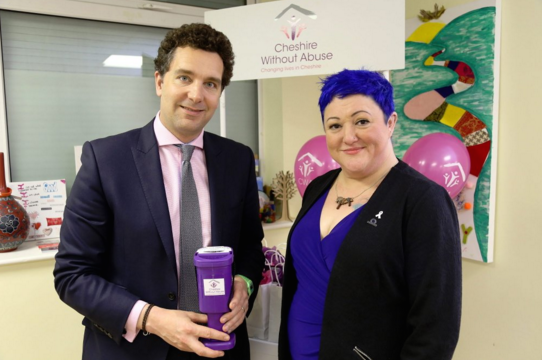 Some weeks ago, I accompanied Baroness Susan Williams and Karen Bradley MP, then Minster for Preventing Abuse and Exploitation, on a visit to the Crewe-based charity, Cheshire Without Abuse.
Formerly known as Crewe Women's Aid, the charity was founded by the late Lily Jones in 1977 to provide temporary accommodation, advice and practical help to women and children escaping domestic abuse. They offer a wide range of advice, support and information for anyone who is currently or has previously experienced domestic abuse as an adult or child.
Domestic abuse is physical, sexual, psychological, emotional or ﬁnancial abuse that takes place within an intimate or family-type relationship, and that forms a pattern of coercive and controlling behaviour. This can include forced marriage, so-called ‘honour’ crimes and female genital mutilation. Domestic abuse may include a range of behaviours, not all of which are, in themselves, inherently ‘violent’. 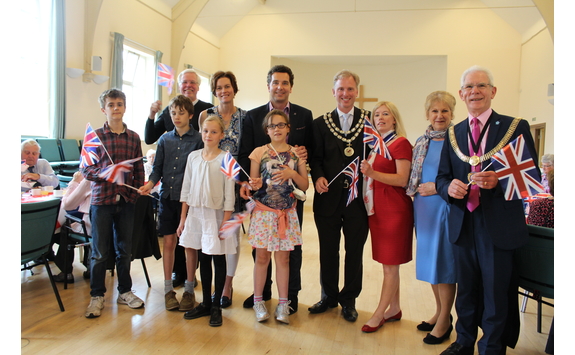 On Sunday 12 June, I joined Crewe and Nantwich residents to celebrate the Queen's 90th Birthday.
The day kicked off with an afternoon tea party for pensioners, aged 90 or over, at Nantwich Methodist Church, and included a hearty lunch and performances by local choir group, Nantwich Young Voices.

This was followed by a free evening concert at St Mary's Church, which reviewed the Queen's life, across her nine decades, through music and dance  - and culminated with a mini ‘Last Night of the Proms’ and a 'birthday sing-along', led by the Town Crier. 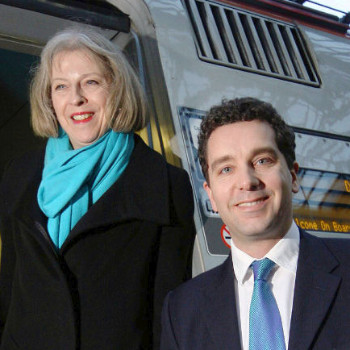 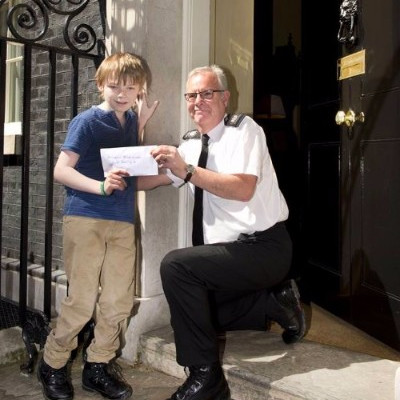 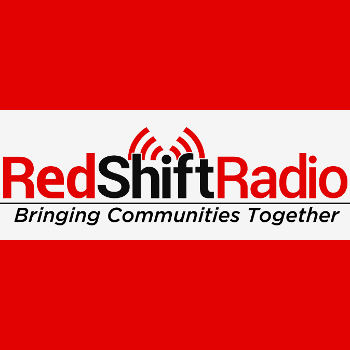 Edward Timpson MP joined RedShift Radio DJ, Liz Southall, to talk about his life and career, and to play some of his favourite songs!