Battle of the Somme service

A service to commemorate and remember the centenary of the Battle of the Somme took place by the War Memorial on Nantwich town square on Friday 1st July 2016.

There was a speech by the Lord Lieutenant of Cheshire, David Briggs MBE, on the Somme and the impact on Cheshire.

There was a musical performance by Nantwich Young Voices who performed a medley of First World War songs.

There were poetry readings by Head Girl and Head Boy at St Oswald’s CE Primary School, Olivia Palin and Logan Brooke, who read a modern interpretation of the meaning of Remembrance.

Children from local schools laid flowers in memory of each of those named on the War Memorial, irrespective of the conflict in which they lost their life.

The ceremony was attended by representatives from the Royal British Legion, Cheshire Regiment Association, Cheshire East Council and members of the public.

The Battle of the Somme began at 7.30am on 1st July 1916 and is the single bloodiest day in British military history. The British Army suffered a staggering 57,540 casualties that day, of which more than 19,000 were killed. The battle lasted until 18th November 1916 and was one of the costliest of the First World War. In total, more than one million soldiers were killed or wounded.

The Thiepval Memorial, on the site of the battlefields in northern France, contains the names of 73,357 soldiers who fell on the Somme between July 1916 and March 1918; including many soldiers from what is now Cheshire East.

The commemorative event was part of Cheshire East Council’s four-year programme of remembrance of the sacrifice by the people of Cheshire East during the First World War. Full details can be found online at www.cheshireeastreflects.com 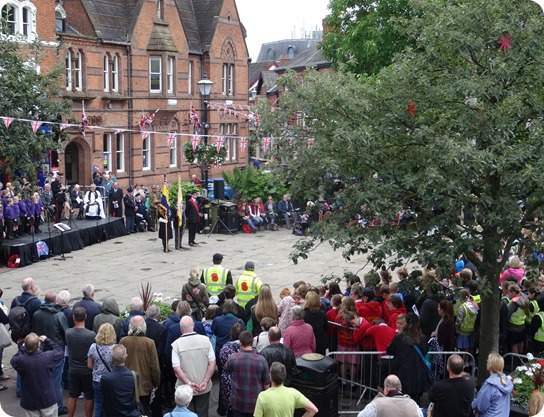 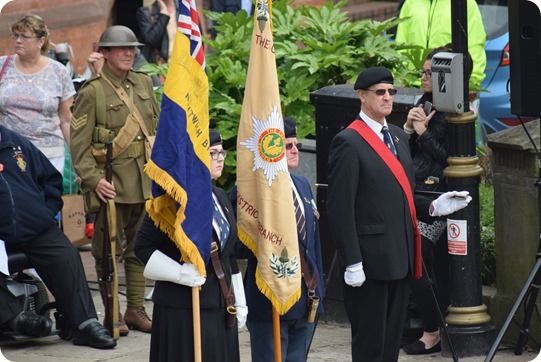