The main room at Wistaston Memorial Hall was full with music lovers for the Spring Concert on Saturday 29th March 2014.

The Crewe Concert Band (http://www.cwecb.co.uk/), under their Musical Director and Conductor Albert Dunseath, performed an eclectic mix of music ranging from jazz, via musicals, to a tribute to Frank Sinatra.

There were two solo performances: Wyn Barnett who played a trombone solo entitled 'Misty' as arranged by Marcel Peeters, and John Priest who played 'The Concertino For Clarinet Opus 26'.

The audience were able to clap along with the 'Radetzy March'. 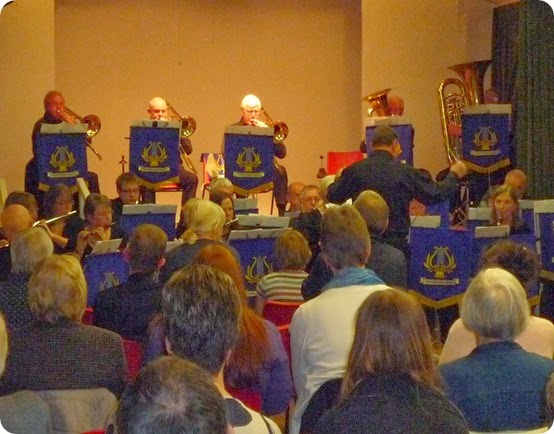 At the end of the Concert the Band was given a spontaneous standing ovation.

A surprise item was 'The Londonderry Air' which was first played by Jane Ross in Limavady, Northern Ireland.

The refreshments were organised by Audrey Astbury, Eileen Robertson and a team of helpers.

The Organiser John White said, "The evening proved to be a memorable and enjoyable variety concert of live music. The proceeds were shared between the Band and the Hall. It was another great success at the Hall". 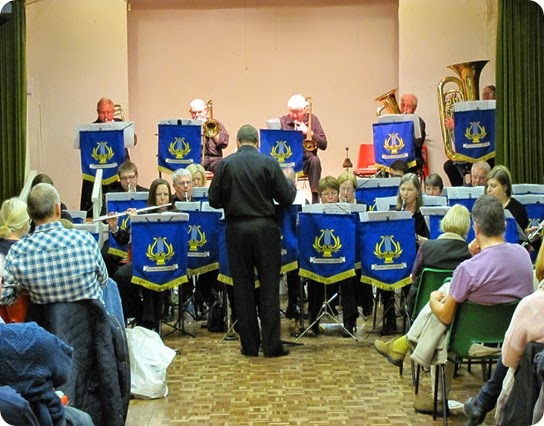