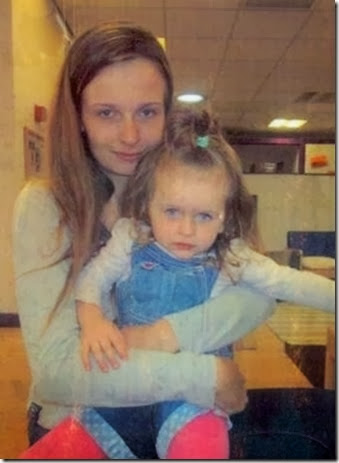 Police are growing increasingly concerned for the welfare of a 22-year-old mother and her two-year-old daughter who have not been seen since the evening of Monday 14 October 2013.

Elzbieta Parzydlo who is originally from Poland and her daughter Laura Raduszynski had been living in the Ellesmere Port area when they were reported missing.

Police are growing increasingly concerned for their safety and wellbeing.

DC Jon Wilson said: "We have followed a number of lines of inquiry since they were reported missing to us on 14 October and are now extremely concerned that no one seems to have seen or heard from them since.

"We believe they are still somewhere in this country and we are now hoping the public will be able to help us in locating them.

"I would also appeal to Elzbieta herself to get in touch and let us know you and your daughter are safe as we are all concerned for your welfare."

Anyone with any information about Elzbieta and Laura′s whereabouts, or indeed Elzbieta herself, is urged to contact police on 101 quoting incident number 780 of 14 October.