The Harry and Austin photo is: l-r 'Werewolf' Harry Wilson aged 8 and 'Ghost Pirate' Austin Wilson 6, who travelled from Newcastle-under-Lyme to see the display. 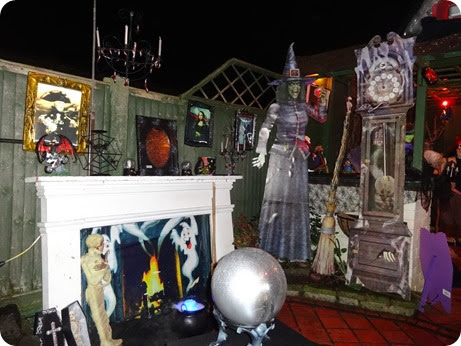 On Halloween night people travelled from the local area and beyond to view Richard Stack and James Jones’ scary Halloween house on Minshull New Road in Crewe. Richard and James dressed up their back garden and house with a series of creepy displays which included flying witches, corpses in stocks, skeletons emerging from the ground, a talking mirror, and even a projection onto their rear wall of Michael Jackson performing ‘Thriller’. There were also free sweets for the children. The event was a spooktacular success and visited by over a hundred people during the evening.