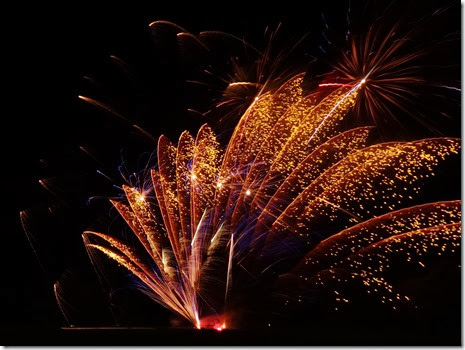 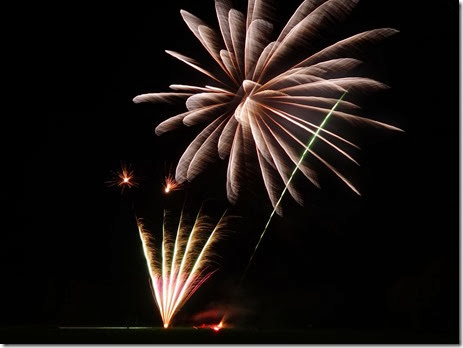 The 36th annual Wistaston Fireworks Display took place on Saturday 2nd November 2013. The event began with the judging of the children’s best pumpkin and best fancy dress competitions at the Park Drive/Westfield Drive junction, after which the procession (led by bagpiper Reg Flower) proceeded to the Eric Swan Sports Ground off Church Lane (behind Church Lane School, Wistaston) for the fireworks display. Entry was by donation. An estimated one thousand people attended the event.

The results of the children’s best pumpkin competition, judged by Laurie Clough (Wistonian of the Year) were:

The results of the children’s best fancy dress competition, also judged by Laurie, were:

There were 11 entrants. It is the fifth year running that the Rossiter family have won competition prizes.

Crewe-based online community radio station RedShift Radio - http://www.redshiftradio.co.uk/ - for the fourth year running provided, setup and staffed the PA system before the fireworks and played the music during the display. Liz Southall (Co-founder & Business Development Director) – aka ‘Bizzy Lizzy’ - from RedShift Radio got the crowd warmed up before the display. Redshift Radio’s appearance was kindly sponsored by Helen Gould who is Managing Director of PA4You Ltd - http://www.pa4you.co.uk/ . Children’s fancy dress competition winner Lewis Rossiter started the fireworks display from a safe distance via a remote control unit.

Professional fireworks display specialist Comet Fireworks - http://www.cometfireworks.co.uk/  -  once again setup the fireworks display. The fireworks used during the 12 minute display took 12 hours to setup and included shells,  cakes, mines and Roman candles and the ‘Roadrunner’ cartoon character. They were represented by Mark O'Neill (Managing Director) and his team with Sam O'Neill 'conducting' the display.

Dane Chaplow Chairman from the Wistaston Community Council said, "The children's competitions were well supported. The procession went like a charm and very few motorists were held up. They arrived at the Eric Swan Sports Ground on time, where the Scouts were already serving hotdogs, hamburgers, soup, coffee and tea. RedShift Radio once again provided excellent music and Comet Fireworks provided a fantastic display. It was a great turnout given the weather and the best ever fireworks and music and we thank our supporters and volunteers for their help and the public for attending this annual event".

The Wistaston Community Council desperately requires new members to help organise next year’s Fireworks Display, as well as other Wistaston-based events such as the Summer Fete, Flower and Produce Show and the Spring & Christmas concerts. Please visit http://www.wistastoncommunity.co.uk for further information if you would like to join.