The Remembrance Sunday parade and service in Crewe took place on the morning of Sunday 10th November 2013. There was a parade through the town followed by the Remembrance service at the Britannia Memorial on Municipal Square. The Parade Marshall was Lt RL Jones RNR, the service was led by the Mayor’s Chaplin Revd Hazel Rugman, with a Bible reading from Mayor of Cheshire East Councillor Dorothy Flude. There was a two minute silence. Several local organisations, groups and schools were present and laid wreaths during the ceremony. The music was played by Crewe Brass. 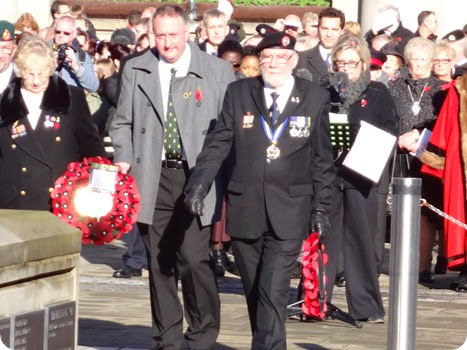 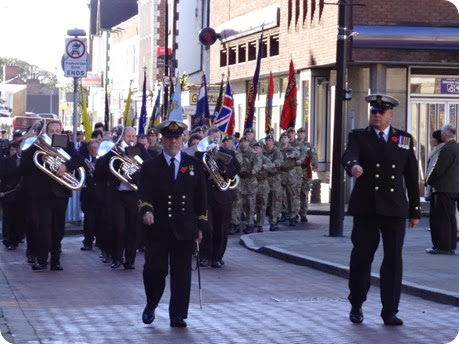