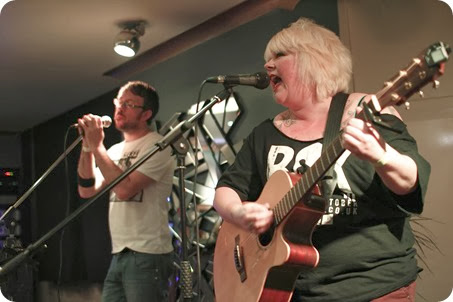 “The best yet!”
That's how organisers described the annual charity BOXjam event which took place on Sunday (November 17) in Crewe.
More than 200 people watched over 25 bands at The Box and Bar 7 as record funds were raised for the event’s two charities.
A total of £664.74 will be split between Crewe’s Oxfam store on Victoria Street and The Christie cancer hospital in Manchester.
This ensures the total amount raised surpasses the £2,500 mark over five years.
Organiser Simon Newbury, of Simon J Newbury Photography, said: “That was easily the best BOXjam I’ve ever had the pleasure to organise.
“Not only was it so well attended and received, the breadth of style and standard of the artists was much bigger this time too.
“Massive thanks to everybody who took part and helped us raise a handsome sum for charity.”
Highlights were many but Son of Shinobi impressed on the main stage as did Oli Ng's solo set in Bar 7.
And everybody gathered at the main stage to see South Cheshire's newest act Moving Moscow perform a ‘taster’ set of four songs.
They certainly left onlookers wanting more and fully justified the social media hype they had generated in the week prior.
Further to the bands, money was raised through cake stalls, art posters and the BOXjam raffle. A silent auction also added to the variety.
The Box itself is celebrating five years of live music and this was marked with a thousand-strong digitally-projected exhibition of photos of bands and musicians taken by organisers Simon and Tina Newbury.
Tina even took to the stage with Helen Sladen to perform a set of covers in Bar 7.
BOXjam also welcomed its first resident poet, Paul Ellson who added variety with his unique take on politics and also BOXjam itself.