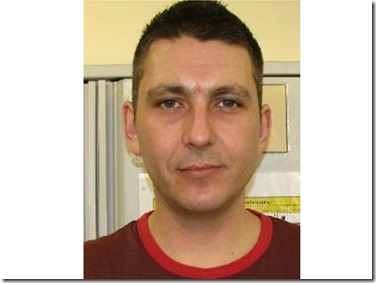 Police are appealing for the public′s help in tracing a man wanted on suspicion of carrying out an armed robbery at the CoOp on Crewe Road in Haslington on 12 September 2013.

Nicholas Andrew Overton (35) is believed to have connections in the Crewe, Macclesfield and Staffordshire area and may be linked to a blue green Audi A6 which has the registration plate V990 DBB.

He is also wanted for failing to return after day release from HMP Thorn Cross on 22 August 2013.

DI Robert Hassall said: "We would urge anyone who has seen this man or knows of his whereabouts not to approach him directly but to contact police on 999."

Anyone with information about his whereabouts can also call police on 101.

Alternatively information can be given anonymously by contacting Crimestoppers on 0800 555 111.