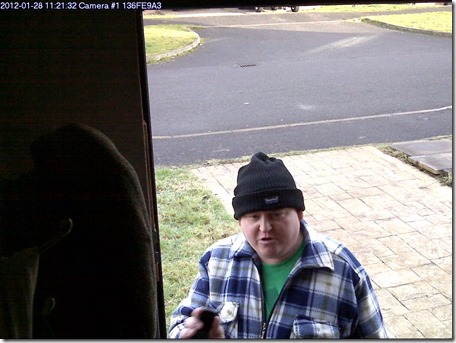 A man who conned a Crewe resident out of more than £30,000 has been jailed for three years and four months after a successful prosecution by Cheshire East Council’s consumer protection and investigations team.

Price first visited the man on October 6, 2011. He claimed that while the victim had been away for a few days visiting friends and family he was forced to carry out emergency work to repair his roof.

The resident, who is 64 and lives alone, did not ask for the work to be done. More importantly, the work was never carried out.

Price demanded £1,600 for the bogus work. Despite his doubts, the victim withdrew the money from a cash point in Crewe and paid Price.

Over the next three months the victim was visited a further 10 times after receiving phone calls from a man named ‘John’, demanding more money for the roofing work. If the payments weren’t made the victim was told his roof would be removed.

Price returned to the address on occasions during this period and he made a further three unwanted visits in January and February 2012, using aggressive tactics in order to get more money from the victim.

Price, of Pringle Street, in Rochdale, was arrested in February, 2012, after Cheshire police installed a covert surveillance camera in the victim’s home and Price was identified from the images.

A complex investigation followed which revealed the extent of the offending.

In a statement to the court the victim said he felt as though he had been “tricked and constantly misled”.

He added: “I was fearful about what they would do if I didn’t continue to pay them money…. and I also feared for my personal safety as they made threats towards me and were always pushy and intimidating.”

Councillor Les Gilbert, Cabinet member in charge of communities and regulatory services, said: “This prosecution should send out a clear message: that the Council will not tolerate rogue traders conning Cheshire East residents.

“I would like to thank our consumer protections and investigations team for their hard work on this case and Cheshire police for their assistance.

“Fortunately, the large majority of traders across the Borough are reputable and trustworthy.”

Judge Dutton described the incidents as “mean, nasty and intimidating” and praised the investigation for a “job done properly”.

Anyone with an elderly or vulnerable relative or neighbour is encouraged to consider the Nominated Neighbour Scheme developed by the Council’s consumer protection and investigations team. It is designed to help vulnerable people who are known targets for criminals who cold call at their homes.

More information on this scheme can be found at: www.cheshireeast.gov.uk

Anyone with concerns about doorstep callers, or  who would like to request a Nominated Neighbour pack, should contact the Citizens Advice Consumer Service on 08454 040506.