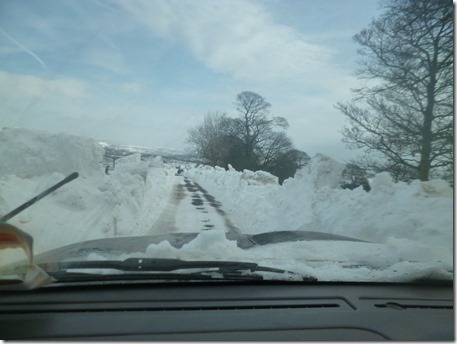 The team has worked around the clock across Cheshire East since snow arrived in the early hours of Friday morning and all low-level routes are now clear and town centre streets have been treated.

However, it is still fighting to clear blocked roads in the north east of the Borough. Communities in Wincle and Wildboarclough have experienced heavy snowfall and drifting of snow which is causing routes to become blocked.

Councillor David Topping, Cabinet member in charge of the environment, said: “Continued snow drifts and abandonment of vehicles makes it much harder for our teams to do their jobs.

“But I must say they are really pulling out all the stops to keep the roads of Cheshire East clear and they deserve a lot of praise for this.

“There was a problem at the weekend where a milk tanker struggled to get access to farms in the Wincle area. But the highways team, farmers and our farming contractors all worked hard to clear the roads so these supplies could get through.

“Meanwhile, we have several JCBs excavating paths through the high snow drifts as well as our local farming contractors and local hill farmers working to maintain access to the roads which have been opened up by the JCBs.

“It will remain very cold this week with a minor threat of snow showers so it is still advisable to only take to the roads unless necessary.”

Keep an eye on the @CheshireEast and @CECHighways Twitter feeds for updates.