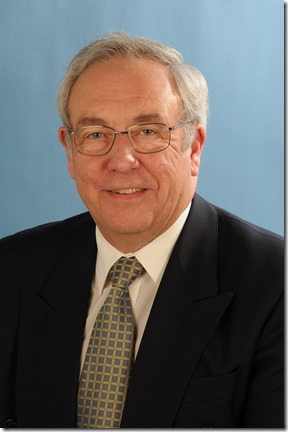 Last night, John Dwyer formally took his Oath of Office at a ceremony held at Constabulary Headquarters and this morning became the first Police & Crime Commissioner for Cheshire, at the same time the Police Authority ceased to exist.

John Dwyer said, "I am honoured to be the first Police & Crime Commissioner for Cheshire and was proud to take my oath at the Chief Constable’s Awards Ceremony amongst family, friends, 31 new police officer recruits and police officers receiving awards of recognition.

The job I am taking on is an exciting challenge brought home with clarity in the words and sentiments of the oath. I am looking forward to beginning to deliver my manifesto commitments and to act as a conduit for the people of Cheshire to have their voice heard in the police service."

The Oath taken by Cheshire’s first Police and Crime Commissioner is as follows:

"In making this declaration, I solemnly and sincerely promise that during my term of office:

· I will serve all the people of Cheshire in the office of Police and Crime Commissioner.

· I will act with integrity and diligence in my role and, to the best of my ability, will execute the duties of my office to ensure that the police are able to cut crime and protect the public.

· I will give a voice to the public, especially victims of crime, and work with other services to ensure the safety of the community and effective criminal justice.

· I will take all steps within my power to ensure transparency of my decisions, so that I may be properly held to account by the public.

· I will not interfere with the operational independence of police officers".

Letter to Editors from Police & Crime Commissioner for Cheshire

their trust in me at the election for the post of Police and Crime Commissioner for Cheshire.

I am honoured, privileged and humbled by all the support and generosity I have received.

Having earned the trust of the electorate my task is now to earn their respect by making Cheshire an even safer place to live, and this is something I am determined to do.

Over the coming weeks and months I am confident that the people of this Police area will start to see what a difference the role of PCC is making.