‘Soviet Threat’ recreated how lives were lived by both Western and Eastern forces either side of the Berlin Wall during the Cold War.

There was a display of military vehicles outside the bunker, but due to an ‘Amber’ weather warning of rain and wind the Soviet Army Forces and British Army re-enactors moved inside the bunker. This also allowed them to keep a check on each other and monitor any possible nuclear attacks. There were also re-enactors from the Malayan Emergency and the Gulf War.

Several re-enactors were interviewed for a forthcoming episode of the ‘Cold War Conversations’ podcast, produced in conversation with those that experienced the Cold War and those who are fascinated by it: https://coldwarconversations.wordpress.com/

The event was organised by Lucy Siebert the Museum Director at Hack Green Nuclear Bunker, Eleanore Hill-Bruce of Event Plan who specialise in historical events across the country and keen local historians. 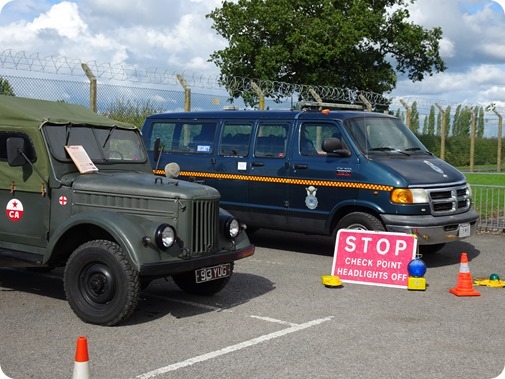