Members of Wistaston Jubilee Tennis Club organised a fund-raising activity on Saturday 18th March 2017 at their Club on Church Lane in Wistaston.

They held a ‘Wistaston Red Nose Day’ doubles tennis tournament for Comic Relief http://www.comicrelief.com , in which players paid a donation to play.

The winners were Rob Sheffield and Eric James who won all their sets. They received a trophy donated by Concorde Trophies in Crewe. There was also a fund-raising sweepstake.

In total over £40 was raised for Comic Relief, which fund’s projects in the UK and worldwide.

A representative from the Club said, "We would like to thank everyone who supported the event. It was all for a very worthy cause”. 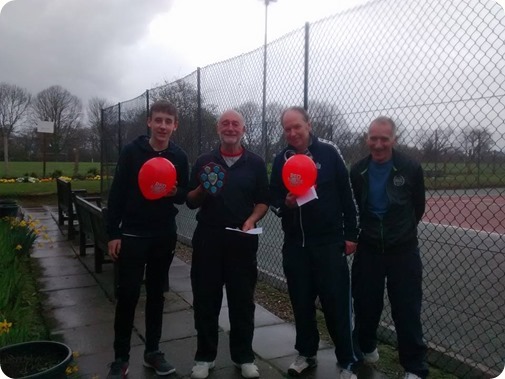