The band featured vocalists, a DJ, a keyboardist, a guitarist, and a drummer.

The show was accompanied by a video projection and light & laser display. 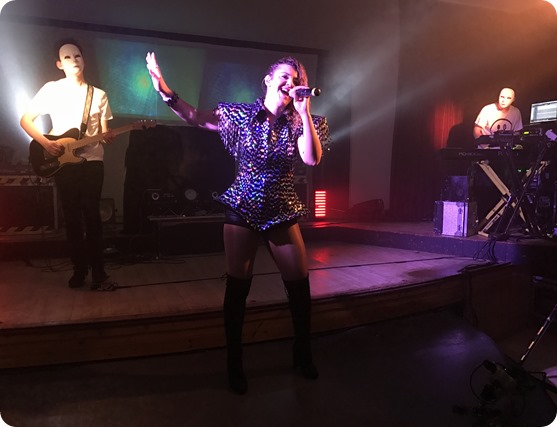