John White was the Master of Ceremonies.

Community carols sung by the audience were Once in Royal David's City, Good King Wenceslas and Hark! The Herald Angels Sing.

Chris White sang Rockin' Around the Christmas Tree whilst playing the ukulele & a kazoo and was dressed as a Christmas tree!

A memorable festive occasion was enjoyed by a large audience.

A total of £303 was raised which will be shared between the Wistaston Memorial Hall and Crewe Concert Band. 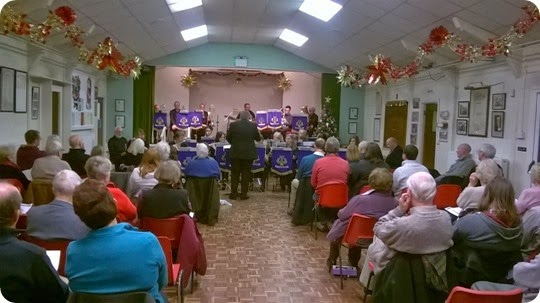