The circus came to town from Wednesday 19th March to Sunday 23rd March 2014 when Circus Funtasia - http://www.circusfuntasia.co.uk/ - setup in Nantwich.

The show was a thrilling spectacle under the circus tent within the grounds of Nantwich Town Football Club. Ringmistress Tracy Jones introduced each of the international acts within this all human travelling circus. The circus included acrobats, clowns, a Hula Hoop expert, a high wire act, an aerial straps act, a Cloud Swing act, jugglers and the Wheel of Death. There was comedy along with feats of courage and physical strength. I held my breath on several occasions, particularly during the high wire act and the Wheel of Death, and was in awe at the skill and professionalism of the performers.

Refreshments (including tea, coffee, popcorn, candyfloss, and hot dogs) were available before the performance and during the interval, along with face painting, and children's novelties.

I thoroughly recommend a visit the next time they are in the area. Its on at Tipkinder in Crewe 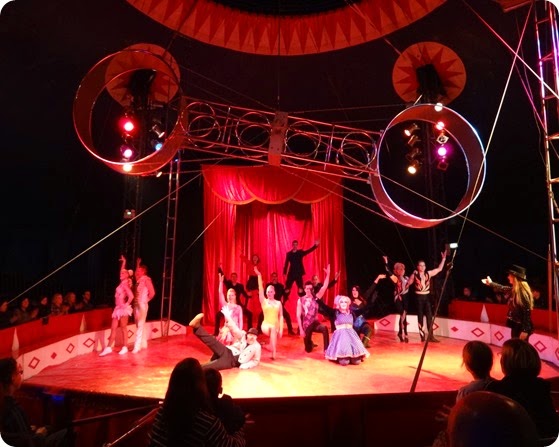