Police are appealing for help from the public in tracing a man reported missing in Nantwich. 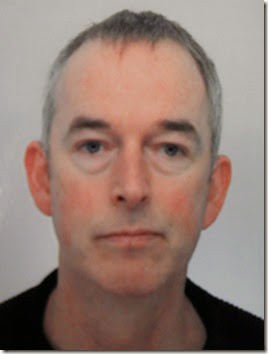 Jez Cox, aged 49, was reported missing by family on 6 March. He was last seen at an address in Park Road, Nantwich, on 1 March. Jez was temporarily staying at the property, which is owned by a friend.

This behaviour is out of character for Jez and police are becoming increasingly concerned for his safety.

Extensive enquiries have been ongoing in a bid to trace Jez - these have included enquiries in the local area and further a field. Jez has links to both Lincolnshire and Leicestershire and his last known address before moving to Nantwich was in Stamford, Lincolnshire.

Police are now appealing to the public for assistance in trying to locate Jez, who is described as 6' tall, of slim build, with grey receding hair and blue eyes.

Chief Inspector Paul Carroll said: "Extensive enquiries are currently being carried out to trace Jez. Police search teams and specialist units including air support are searching key areas in the town in the hope of finding clues that may lead to establishing Jez's whereabouts.

"We are concerned for Jez's welfare as this is completely out of character for him to not be in touch with any friends or family. We have numerous resources committed with the search and we are appealing to anyone who has seen Jez or anyone matching his description to come forward. We are also urging anyone who has any information regarding his current whereabouts to get in touch.

"We are also appealing for Jez himself to make contact with us and let us know he is ok."

Anyone with any information is urged to call Cheshire Police on 101 quoting incident number 794 of 6 March or Crimestoppers, anonymously, on 0800 555 111.