Warning over PMA drug after death of Ellie Jones in Warrington 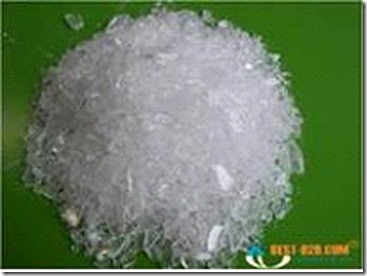 Initial toxicology results have revealed the presence of the drug PMA in the system of 16-year-old Ellie Jones who died last weekend.

Cheshire Police is working closely with local partners in health, schools, colleges and drug agencies to warn people about the dangers of the drug, particularly as we head into the bank holiday weekend.

Although the police cannot confirm that PMA is the cause of Ellie’s death initial results indicate the presence of PMA in her system. If it is confirmed as the cause of her death it will bring the number of deaths across the county associated to the drug to four this year.

PMA comes in many forms including tablet, powder and crystal. PMA is not absorbed as quickly as other drugs and, as a result, users have been known to take excessive amounts as they mistakenly believe it to be other drugs which usually have a more immediate effect. This results in users potentially taking lethal doses by mistake.

PMA is a type of amphetamine known as ‘Paramethoxyamphetamine′. It is an illegal substance and possession, use or selling the drug is a criminal offence.

Superintendent Martin Cleworth said: "Ellie’s death last weekend shocked everyone and now we have the initial toxicology results back indicating she had taken PMA. We have a duty to warn people about the potentially fatal consequences taking this drug can have and would urge people to obtain urgent medical assistance on behalf of anyone suspected to have taken PMA who suffers difficulty breathing, muscle spasms, nausea or starts to vomit.

"This is the fourth death we have had this year in Cheshire alone that is associated to PMA, and we are working together with our partners  in health, colleges,schools and drug agencies to get warnings out to as many people as possible.

"If anyone has any information about who may be supplying this fatal drug across Cheshire I would urge them to contact police, or alternaltively call Crimestoppers anonymously so we can continue to do all we can to remove them from our streets and prevent anyone else going through the heartache Ellie’s family have gone through."

Cathy Fitzgerald from Warrington’s Drug and Alcohol Action Team said:
"Drugs have a big effect on people’s health and wellbeing and so we would strongly advise not to take any illegal drugs or "legal highs", as they all come with great risk.
If you or someone you are with find yourselves suffering from the symptoms of this drug, it’s vital that you seek medical attention straight away.
If any resident wishes to access some services locally for drugs information or further support, Crime Reduction Initiatives are on 01925 415176 and are on 14-16 Bold Street in the town centre."

Ellie from Warrington was taken to hospital experiencing breathing difficulties shortly after 3.30 am on Saturday 18 May. Despite the best efforts of paramedics and medical staff, she died a short time later.

Six people have now been arrested in connection with the death and have all been bailed pending inquiries.

Anyone with any information about the supply and distribution of the drug is urged to call police on 101 or alternatively contact Crimestoppers anonymously on 0800 555 111.

Toxicology results revealed evidence of PMA in their systems.

PMA was also found in the system of a 34-year-old man who was found dead in a caravan on Batemill Close, Macclesfield in February.

At this stage there is no evidence to suggest a link between the deaths.