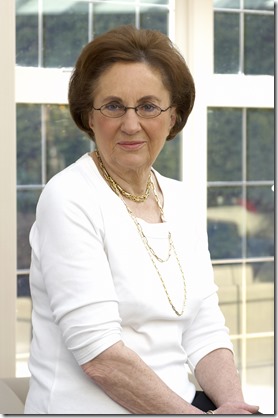 A role-model for women in business, Sue Brownson became Finance Director initially at The Blue Bell Group in 1975 as the growing dealership took on the BMW franchise. In the 40 years that followed, she rose to become one the most respected figures in the UK motor industry.

She died on Friday 3 May following a long battle with illness, leaving behind her an inspiring legacy of innovation and success, earned through her sheer dedication and determination to champion the retail motor industry.

Sue Brownson was awarded the OBE in 1997 for services to the retail motor industry.

In 1992, Sue Brownson became Chairman of the National Dealer Council, a post she held for three years and thereafter, she was a constant source of advice, support and encouragement to the whole dealer body and all the Managing Directors of BMW (UK) Limited.

She was a fellow of the Institute of the Motor Industry and in 1996 was named President of the Retail Motor Industry Federation, where she remained on the board until 2005.

In 1999 she was appointed to the board of the Motor Industry Training Council, elected President of the National Franchised Dealer Association and became President of the motor industry charity BEN.

Looking to the traditions of the motor trade, The Worshipful Company of Coachmakers and Coach Harness Makers of London was important to her and was where she became a Freeman of the City of London in 1997 and Master in 2011.

In 2011, Sue Brownson was honoured with the title ‘Modern Muse’ by everywoman - the UK’s leading provider of training, resources and support services for women in business.

This major initiative was designed to inspire and engage the next generation of female business leaders and entrepreneurs by showcasing modern successful women.

Sue Brownson’s other positions and interests spanned the Small Business Council, Enterprise in the UK, the Motor Sports Association and the Royal Automobile Club, where she was Vice Chairman, amongst many others.

BMW (UK) Limited Managing Director Tim Abbott called her passing ‘the end of an era’ and in an emotional tribute, released to all BMW staff in the UK, described her as an extraordinary, inspiring, generous woman, with unburstable energy and enthusiasm, who will be missed terribly.

He continued “She devoted her working life to the motor industry and the encouragement of small businesses - and of course to Blue Bell, where she dedicated almost 40 years of service, mostly as Group Managing Director.”

Her values permeate throughout the organisation and have created a successful family business where ethics and customer service remain as important as financial success.

Those who had the pleasure of knowing and working with her were always in awe of her unerring determination and natural ability to lead by example.

Her door was always open to anyone who needed advice or support. Sue was truly inspirational and will be very sadly missed at Blue Bell and beyond.”

· Sue Brownson OBE joined the company in 1975 when she became Finance Director and Blue Bell Wilmslow took on the BMW franchise.

· In 1989 Sue Brownson was made a BMW Regional Dealer Council Chairman.

· In 1994 Sue Brownson became a Fellow of the Institute of the Motor Industry.

· In 1994 Sue Brownson joined the Retail Motor Industry Federation as a Vice President and became President in 1996 and remained a Board member until 2005.

· In 1996 Sue Brownson was made a Liveryman of The Worshipful Company of Coachmakers and Coach Harness Makers of London and in 1997 admitted to the Freedom of the City of London.

· In 1997 Sue Brownson received an OBE for services to the Retail Motor Industry.

· In 1999 Sue Brownson was appointed to the Board of the MITC (Motor Industry Training Council), the South & East Cheshire Tec and the Institute of the Motor Industry.

· During 1999 Sue Brownson was elected President of the National Franchised Dealers Association.

· Also during 1999 Sue Brownson became President of BEN (motor trade charity), then a Trustee and still sat on the Board.

· In 2000 Sue Brownson became Chair of RMI Franchised Dealer Division and during 2001 became Director of Total People Training in Cheshire.

· In 2005 Sue Brownson joined the Board of the Royal Automobile Club, was appointed Vice Chairman in 2007 and chairs the Pall Mall Committee.

· In 2008 Sue Brownson joined the Board of the Motor Sports Association.

· Sue Brownson had just finished five years as a Judge for Enterprise in the UK and was a judge for Women in Retail.

· Master of The Worshipful Company of Coachmakers and Coach Harness Makers of London from 1 September 2011.