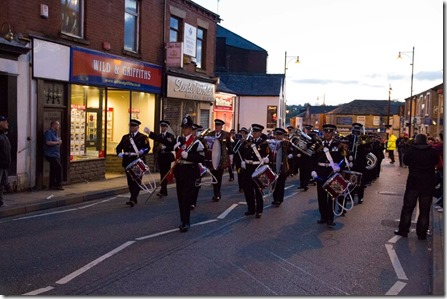 Cheshire Constabulary′s brass band has returned from the annual Whit Friday competitions in Saddleworth and Tameside, winning five prizes for its marching and deportment.

The brass band contests are held each year and see bands from all over the UK and beyond attending.

The Constabulary′s band was the only police band competing in the events, which took place on Friday 24 May.

"The band′s extremely smart turnout, together with rousing renditions of the British Grenadiers and Dam Busters march, secured the prize at each of the five venues the band attended.

"The band has had a busy time of late, just completing its first CD, and it is off to Germany in September for a self-funded concert tour.

"We are always keen to welcome new members and at the moment are especially keen to hear from cornet players. We are also currently seeking side drummers to bolster our fine Corps of Drums."