Salt of the Earth Awards 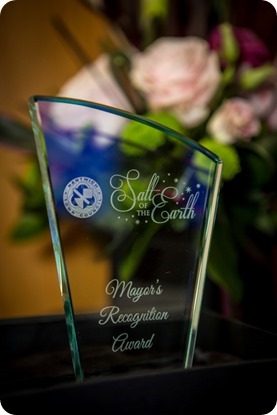 Nantwich Mayor, Councillor David Marren, has announced that he will be following in the footsteps of former Mayors and presenting awards to recognise and celebrate the achievements of individuals, groups and businesses, that selflessly make a real difference to the Nantwich community.

Eight fittingly named ‘Salt of the Earth’ Awards will be presented at a reception on Sunday 24th February at Nantwich Civic Hall.

The Mayor is welcoming nominations for the awards, he commented, “During the past seven months in office as Mayor I have had the pleasure of meeting a number of individuals who have opened my eyes to what a wonderful town we live in. There are so many unsung heroes out there, who just don’t realise the impact their actions and contributions have on our community.”

“We really should be acknowledging their dedication, so if you know someone or a group, who gives up their time and energy to help others or make Nantwich a better place, please help us recognise their work by nominating them for an award.”

Community Volunteer Award
Recognises a person, who has taken an active role in shaping their community, helps provide services to more vulnerable residents and encourages community spirit and growth.

Inspiring Individual Award
To celebrate a local unsung hero who goes the extra mile to serve their community.

Supporting Children Award
Individuals, group or school who have made a difference to the lives of children, so that they can achieve their full potential.

Young Achiever Award (Under 18)
Who do you know who has shown major potential? Who is one to watch in the future? Who has made an outstanding contribution to the community? Nominate Nantwich’s rising star.

Outstanding Organisation/Group/Project Award
Tell us about a local volunteer group/organisation/project which has really engaged with the community.

Business Support in the Community Award
Award for a business that has gone beyond their remit and supported their community.

The Mayor will also present a Mayor’s Recognition Award. The winner of this award will be an inspirational individual or group who has made an outstanding impression on the Mayor in his year of office. This award is specifically decided by the Mayor and nominations will not be accepted.

To nominate someone for an award, apply to the Mayor with the following information:
Name of person nominating
Name of Nominee
Address and contact details of both of the above
Award Nominated for
Reason for Nomination (no more than 250 words)

Nominations must be submitted no later than Friday 18th January and can be posted to ‘Salt of the Earth’ Awards, Nantwich Civic Hall, Market Street, Nantwich, CW5 5DG, dropped off at the Civic Hall, or emailed to ntc.marketing@nantwichtowncouncil.gov.uk.

Any local businesses wishing to support the awards can do so by sponsoring an award – for more information please contact Sheryl Birtles on 01270 628633 or email ntc.marketing@nantwichtowncouncil.gov.uk