'For Britain' Councillor Standing for election in Crewe North 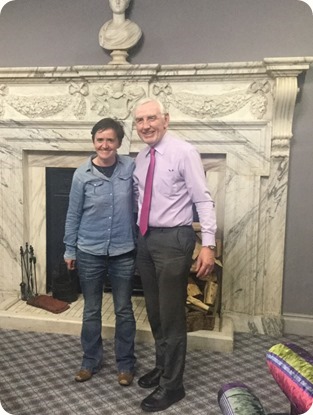 Cllr. Brian Silvester has announced that he has been selected to be the 'For Britain' Candidate for Crewe North, for both the Borough and Town Council Election on 2nd of May 2019.

Brian is a very experienced Councillor.

Former Leader and Mayor of Crewe and Nantwich Council.

First elected in 1976,he has served as a Councillor ever since.

Brian is one of the longest serving Councillors in the country.

Brian said," In 2004 the Labour Government threw open the doors to millions of East Europeans and many came to Crewe. The Tories have kept those doors wide open and will keep them open.

Residents who have lived all their lives in Crewe now feel like strangers in their own town. They don’t recognise their own town any more.

Only ‘For Britain’ will stop ALL immigration for five years and deport all those who are here illegally."

Attached is photo of Brian with the Leader of 'For Britain', Anne Marie Waters on a visit to Crewe.