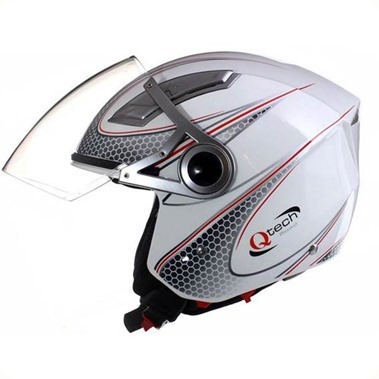 The company, Hough Mill Developments, which also trades as Quads Inn, was convicted of three counts of selling unsafe goods. They were fined a total of £15,000 for the offences and £25,000 in costs.

The existence of the helmets was brought to Cheshire East Council’s attention by a consumer who was involved in a low speed road traffic accident, while wearing one of Hough Mill’s rogue products as she drove her motor scooter. The helmet shattered on impact.

The model of the helmet involved in the accident was reported to the council’s trading standards team, which led to an investigation into a range of Quads Inn products, which have now been recalled and taken off the market.

Councillor Ainsley Arnold, Cheshire East Council cabinet member with responsibility for trading standards, said: “These convictions send out a very strong message that there will always be zero tolerance when it comes to public safety”,

“This was a company who showed utter contempt for the welfare of people – something I find truly abhorrent.”

“I commend the trading standards team for their diligence in bringing this man to justice, and I am only thankful that the incident, which alerted us to this malpractice, did not result in a fatality.”