On Tuesday, the Government confirmed the route for the high-speed rail line, HS2, from Crewe to Manchester - an announcement that builds on the decision taken in November 2015 to accelerate construction of the Phase Two route between Fradley and Crewe.
This Y-shaped phase, illustrated below, will open in two stages. Phase 2a, from the West Midlands to Crewe, will launch in 2027 - six years earlier than originally planned - and Phase 2b, from Crewe to Manchester and from the West Midlands to Leeds, South Yorkshire and the East Midlands, will open in 2033. A rolling stock depot, previously earmarked for Golborne, near Wigan, will also now be sited north of Crewe, at Wimboldsley.
Taken together, this is a game changer for South Cheshire. It is a once-in-a-generation opportunity to provide local people with excellent access to conventional and high-speed services, and is a project that will place Crewe at the heart of the Northern Gateway. It will also serve as a draw for businesses looking to benefit from the connectivity, and, in turn, bring new jobs, training opportunities and inward investment to the area. 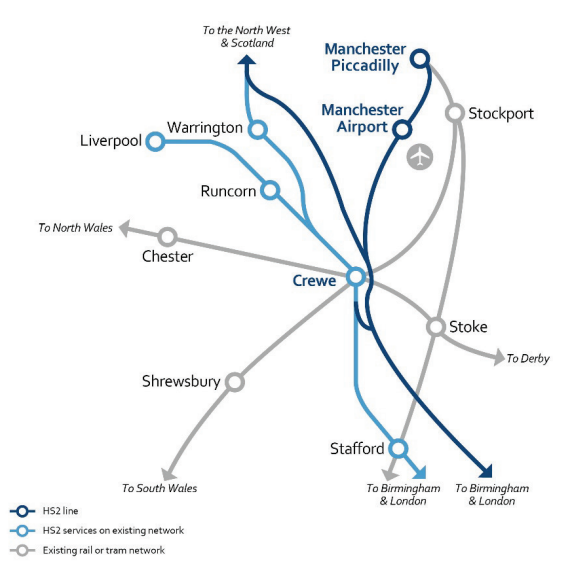 The concept of a new 'hub station', to be located on the site of Crewe's existing station, remains a possibility, too - a move which, with the right investment, could create up to 120,000 jobs by 2040 and inject £10bn a year into the region’s wider economy.
The delivery of HS2 is, as many of you will know, something I have long campaigned for. So, to be told that it will arrive six years earlier than planned, and that Crewe could still be an integrated hub station, is positive news indeed. 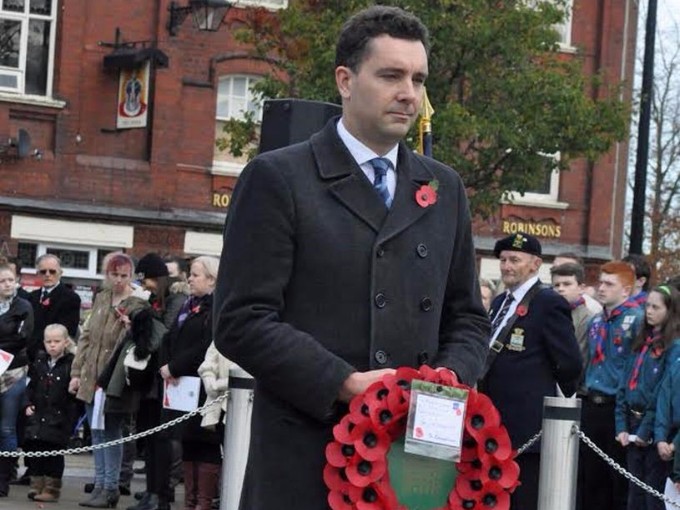 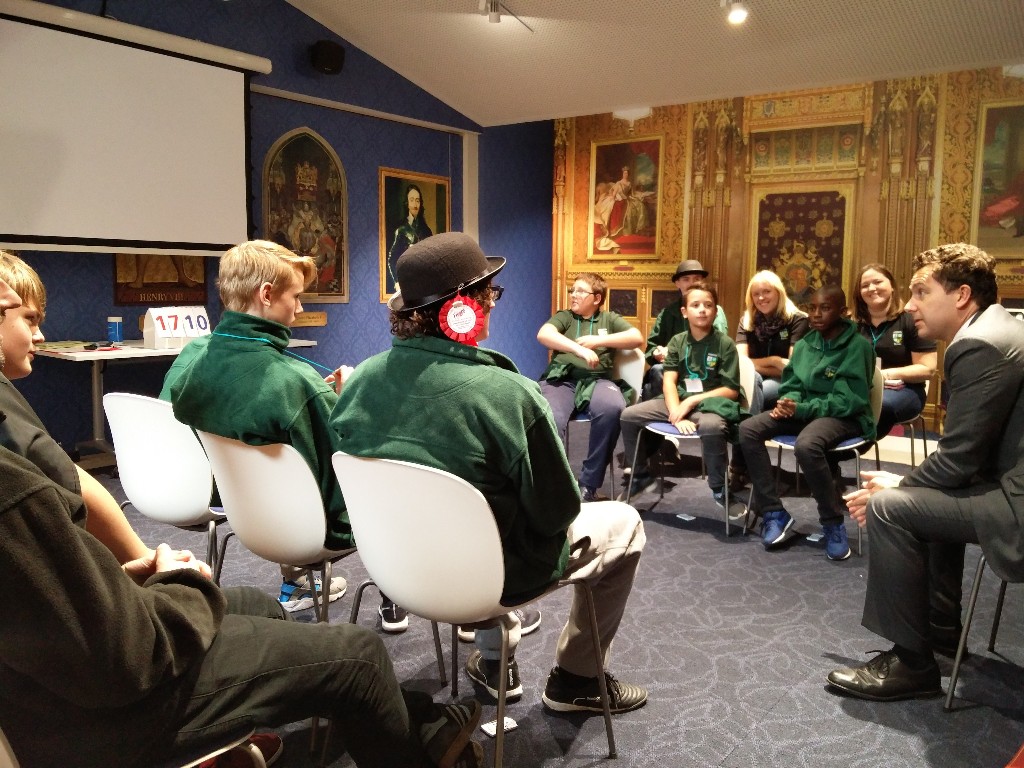 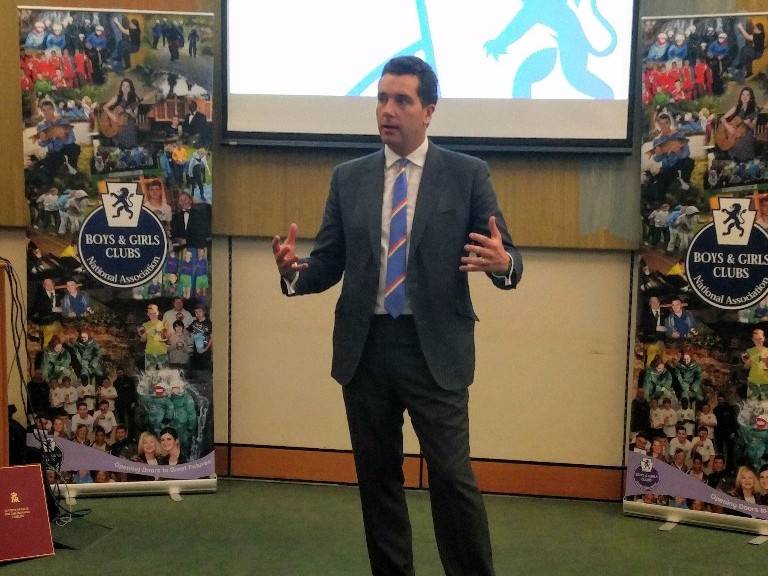 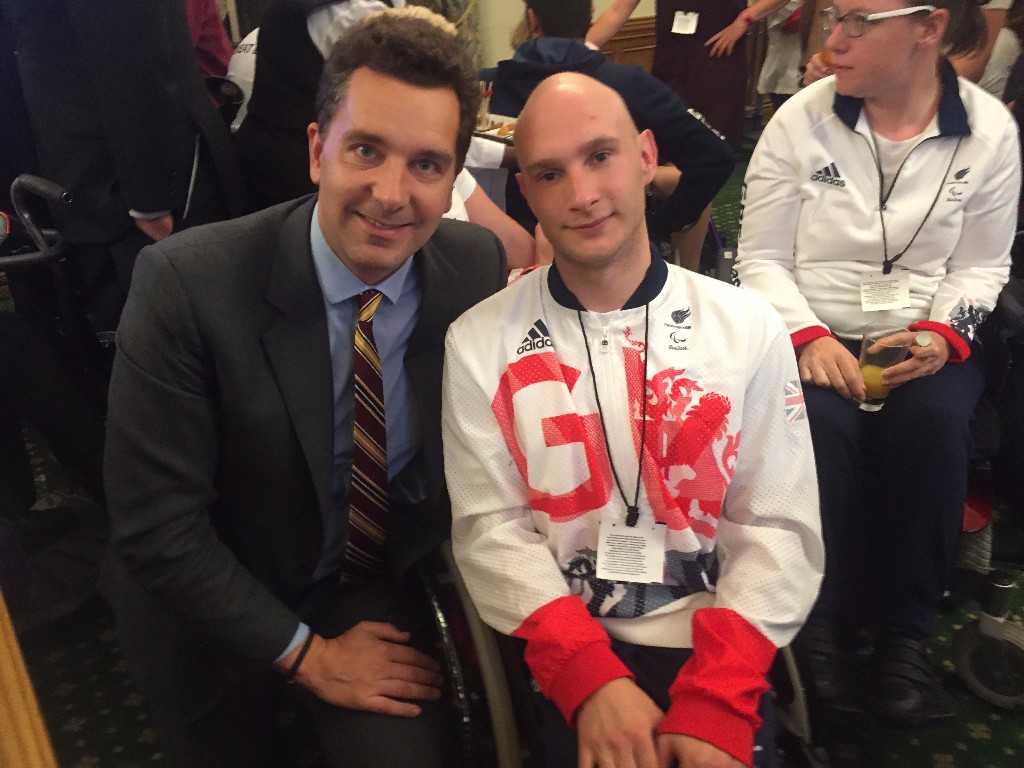 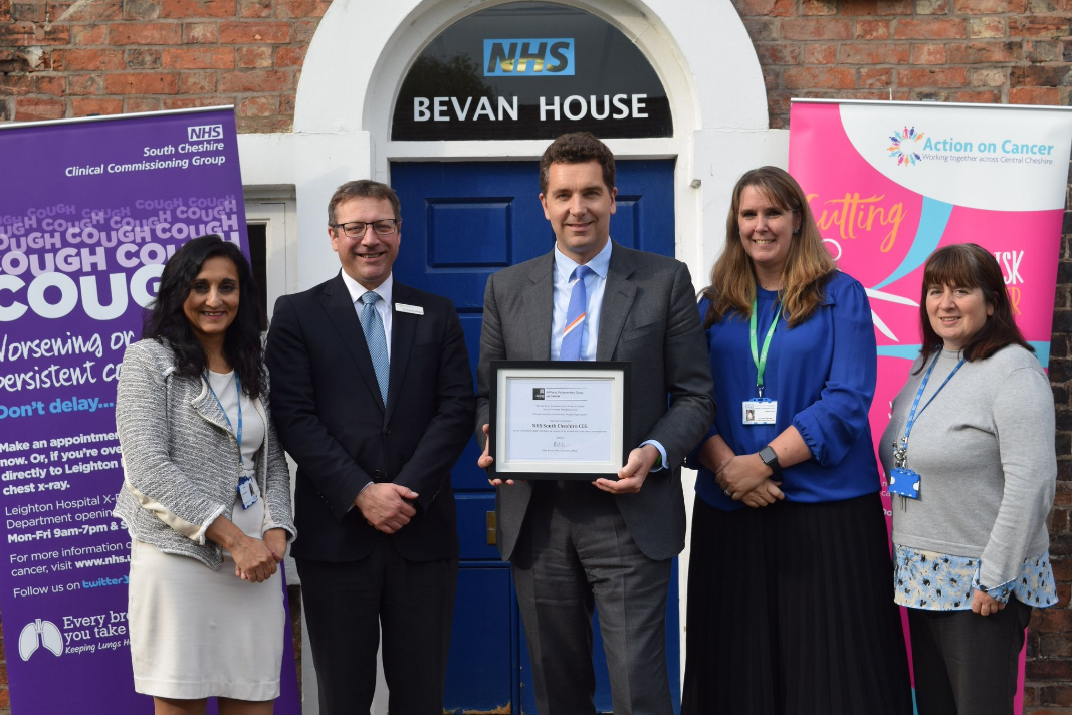 Last month, I had the pleasure of presenting a certificate to NHS South Cheshire Clinical Commissioning Group (CCG) for their work in improving cancer survival rates and promoting symptom awareness across the region.

NHS South Cheshire CCG is now rated one of most improved CCGs in England, with recent figures showing an 11 per cent increase in one year survival rates in the region since 1998.
This progress is tied to a number of innovative initiatives, including the Crewe-based ‘Every Breath You Take’ campaign. This small campaign team has used a variety of methods to spread its message - to both health professionals and the general public - and has participated in many community events, trained 115 local champions, and encouraged hundreds of people, aged 50 and over, to self request a chest X-ray at Leighton Hospital.
Early detection of cancer is often vital, so its important that we are all aware of possible signs and symptoms, and see a doctor if in any doubt. 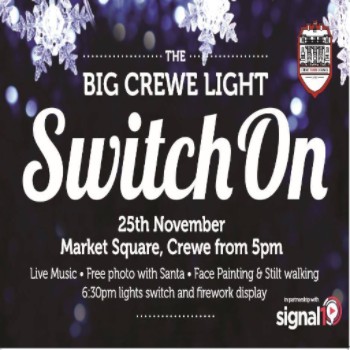 Christmas lights 'Switch On' event in Crewe, Friday 25 November
Visit Cheshire:
Crewe's Christmas lights 'Switch On' event will take place on Friday 25th November, from 5pm, in Market Square.
A busy programme of events is scheduled, including music from the TheFunkyChoir.com and the Paul Snook Band, and FREE activities for children (such as face painting and photos with Father Christmas). The 'switch on', itself, is at 6:30pm, and will be followed by a firework display. 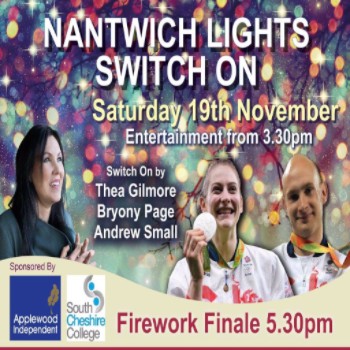 Nantwich Christmas Lights 'Switch On' - 19 November 2016
Nantwich Town Council:
Olympic and Paralympic heroes, Bryony Page and Andy Small, will be guests of honour at this year's Christmas lights switch on event in Nantwich, on Saturday 19th November. Starting at 3:30pm, the event will include performances from local talents, Josh Whittaker and Callum Wright, and the big switch-on will be followed by a musical firework spectacular at 5.30pm 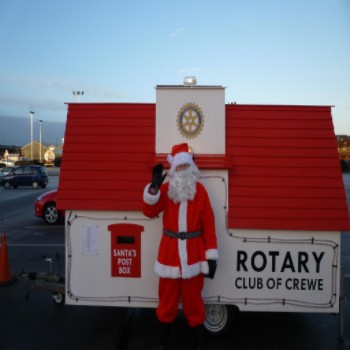 Crewe Life:
Starting on Monday 5th December, Crewe Rotary Club will be taking Father Christmas and his float around the Crewe, Haslington and Wistaston area. As ever, all money raised will be used to fund local projects. More information can be found on the above link, or @SantaRotaryCrewe on Facebook