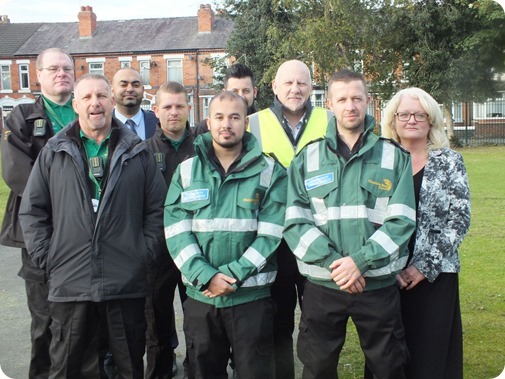 The officers will form a team that will work to reduce fly-tipping and littering in the borough over the next 12 months.

This is in addition to the engagement work already being carried out by Cheshire East staff, who will focus on their longer-term objective of achieving the three ‘e’s – to engage, educate and enforce.

The officers will initially focus their efforts on Crewe but they will be responsive to situations as they develop across the borough.

The private contractors started last week and have been successful in handing out 232 fixed penalty notices.

Councillor Paul Bates, Cheshire East Council cabinet member for communities and health, said: “We’ve made our position clear on this matter. Enough is enough. The recruitment of these officers is a clear sign of how seriously we take this issue.

“We are an enforcing council but we also have a duty to ensure that we do everything we can to help people get access to the information which will stop them from fly-tipping in the future. Looking at the bigger picture, this really is as much about education as it is enforcement.”

Fixed penalty notices will be issued for £80 for dog fouling and littering. Fly-tippers will be fined £400.