Welcome to this, my 170th news bulletin. 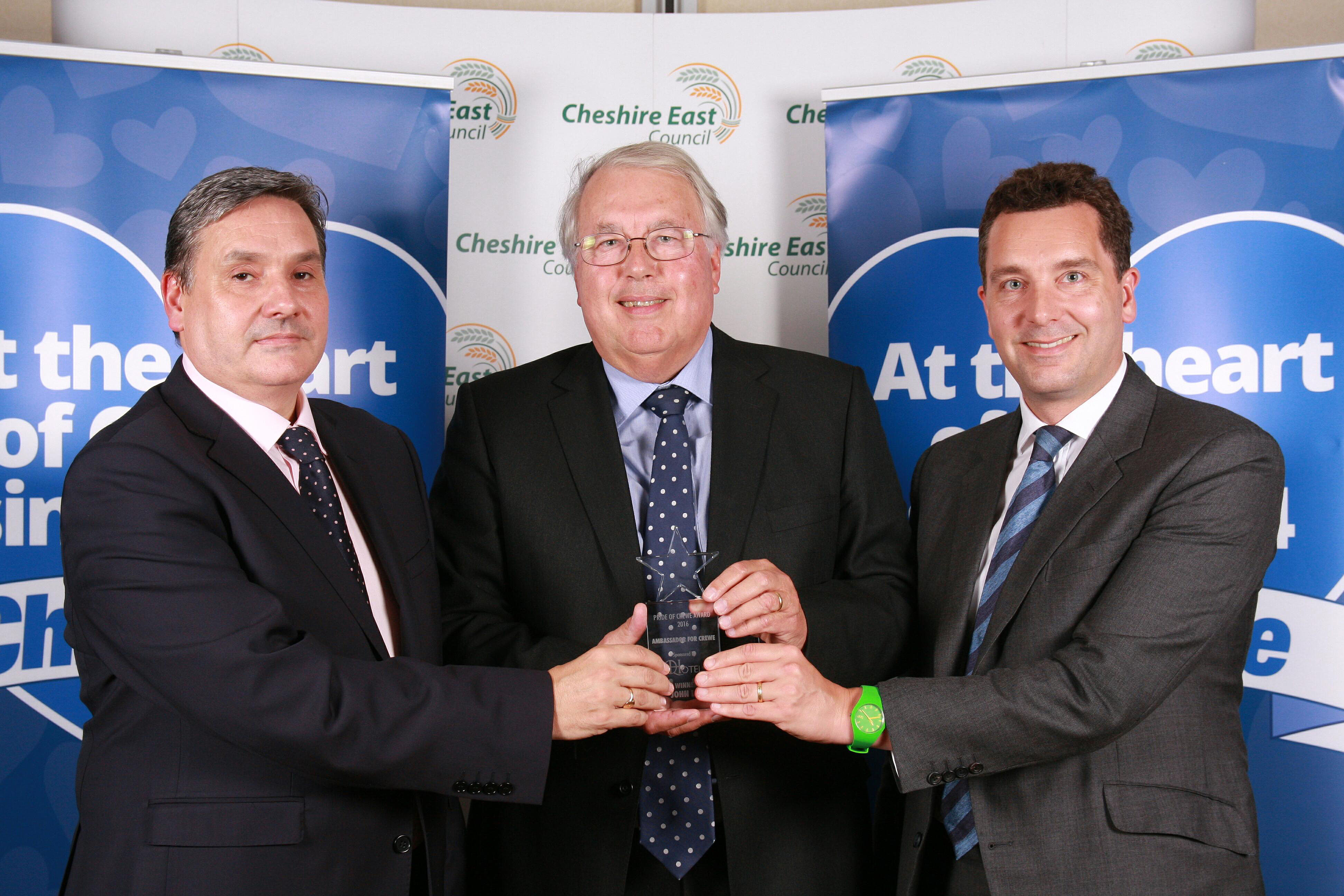 The 'Pride of Crewe' was celebrated at a glittering awards ceremony at Crewe Hall Hotel last month.

The landmark event - the first of its kind in Crewe - was the grand finale of the Chronicle’s 'Pride of Crewe' campaign, launched in February last year, and paid tribute to the town's rich heritage and commendable personalities across the following fields: 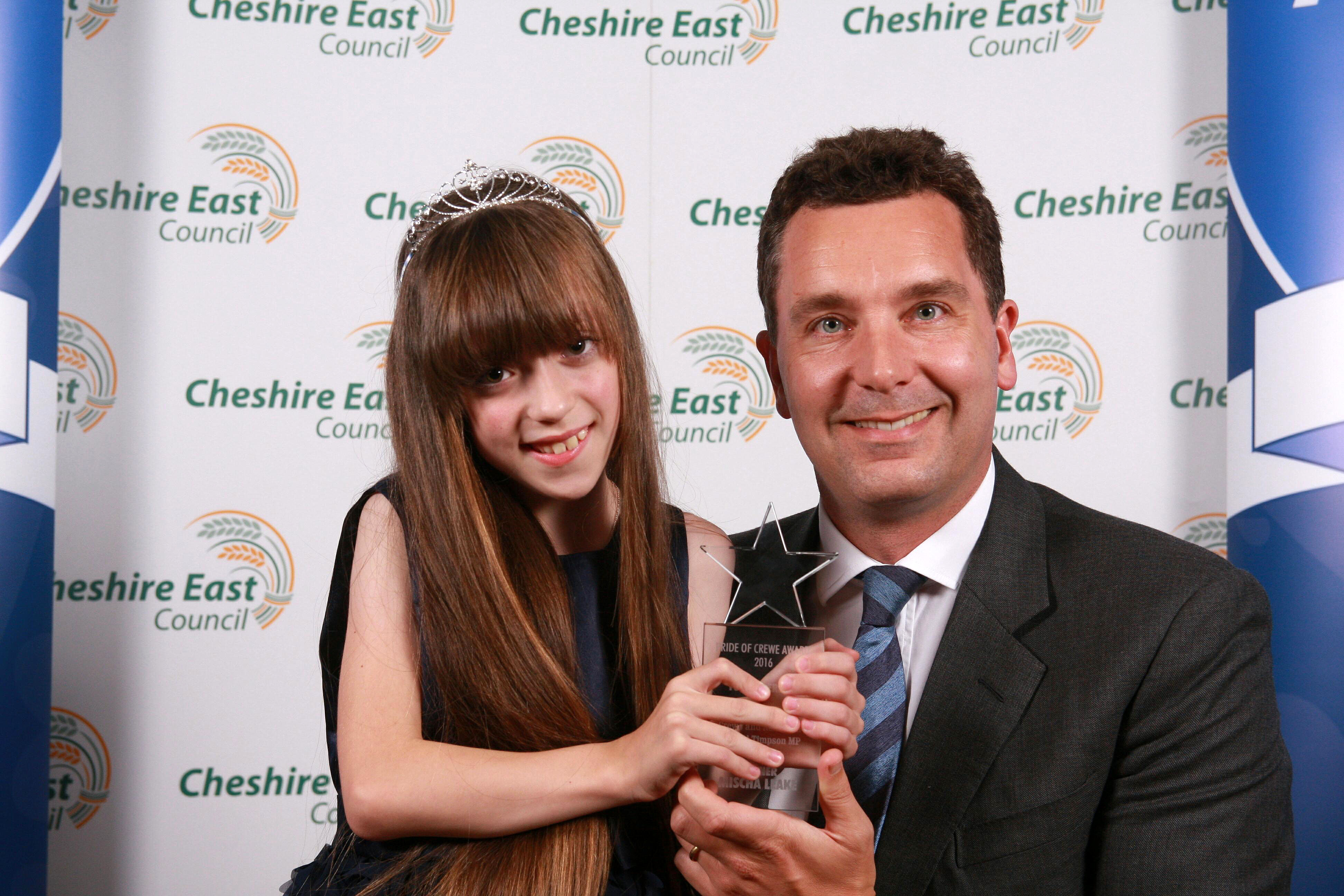 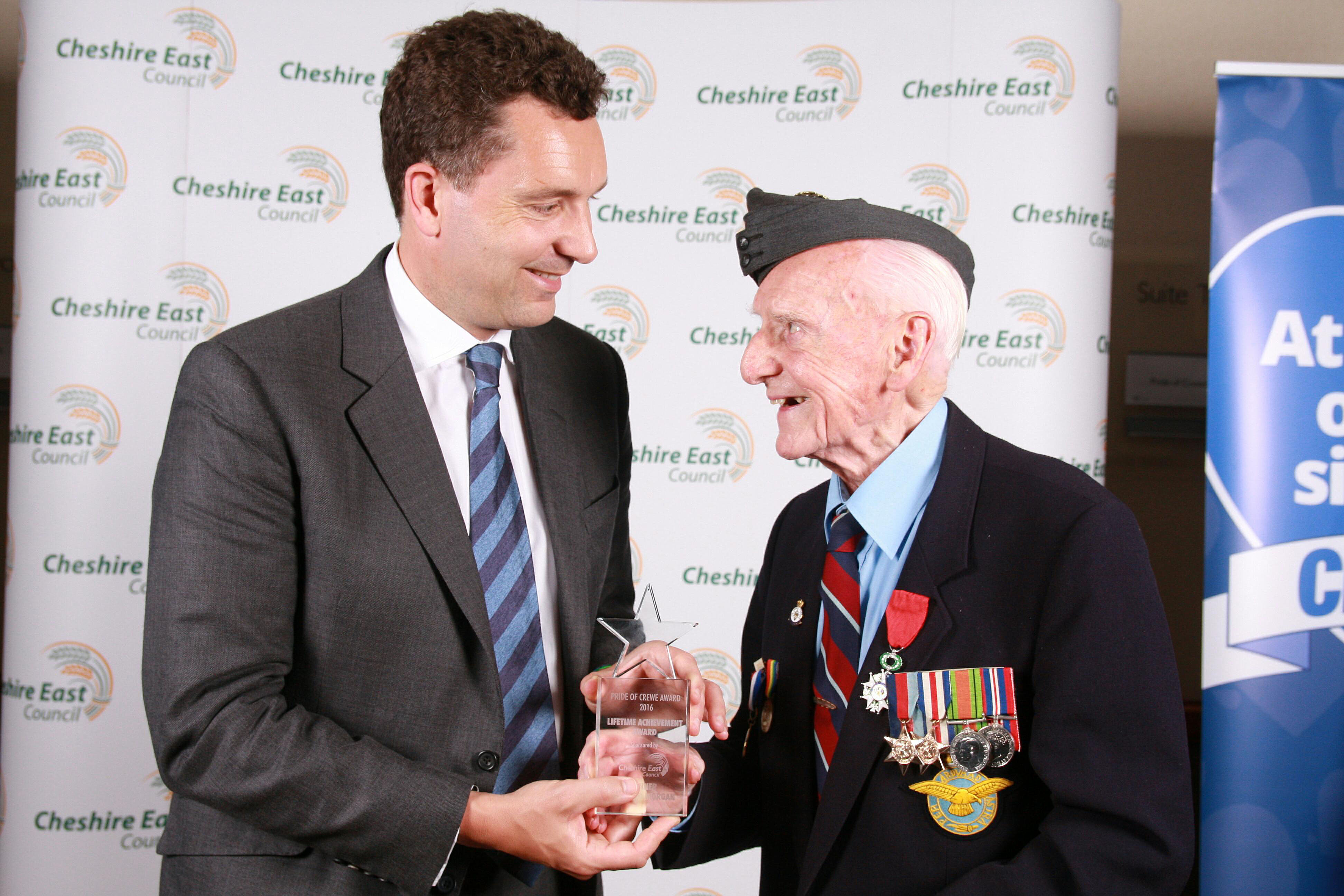 A great night was had by all in attendance, and with an enthusiastic partner, in Cheshire East Council, and the support of South Cheshire Chamber of Commerce and local employers, such as Bentley Motors, South Cheshire College, Mornflake, Virgin Trains and QHotels, I'm sure this campaign will go from strength to strength.
Crewe is a fantastic town, with much to be proud of, and I look forward to celebrating its residents' achievements, again, at next year's event! 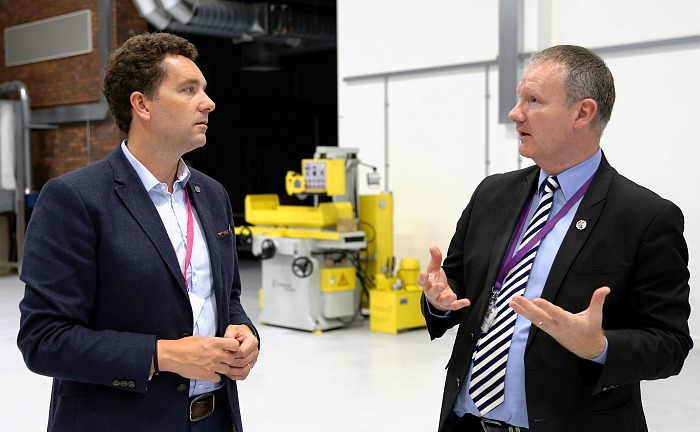 On 17 September, I had the privilege of joining staff and students at the official opening of Crewe Engineering and Design UTC.
The new £10.6 million college, situated on West Street, will offer local students, ages 14-19 years, industry-oriented courses, and combine the National Curriculum, Technical Award Qualifications, work experience and business acumen to cultivate routes into rewarding employment, apprenticeships or Higher Education. 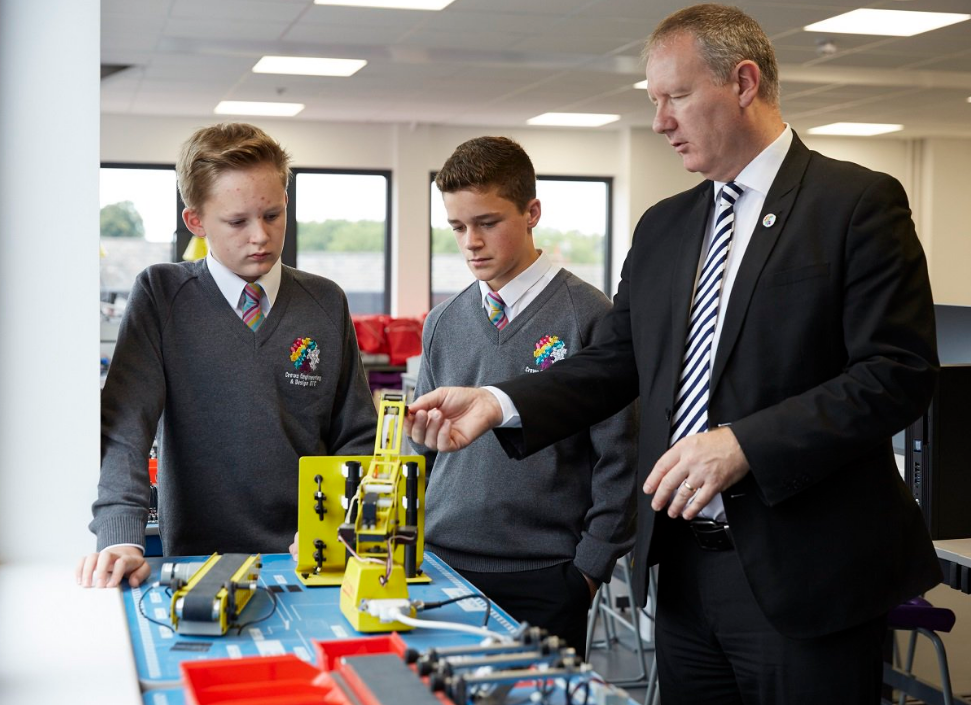 (Photos: Edward Timpson MP receives a tour from Crewe UTC principal, David Terry (top); (above) first-year students in class with the UTC principal)
With the support of Manchester Metropolitan University and local and national employers
such as Bentley Motors, OSL, Siemens, Bosch, Network Rail and Airproducts, the UTC will
provide students with a clear career pathway, with opportunities to work with some of the UK’s leading companies in STEM subjects (Science, Technology, Engineering and Mathematics).
The next UTC Open Day will be on 17 November 2016, from 5pm to 7pm, in the Francis Webb Building, and the application window for 2017-2018 enrolment is now open at: http://www.utccrewe.co.uk/apply/ 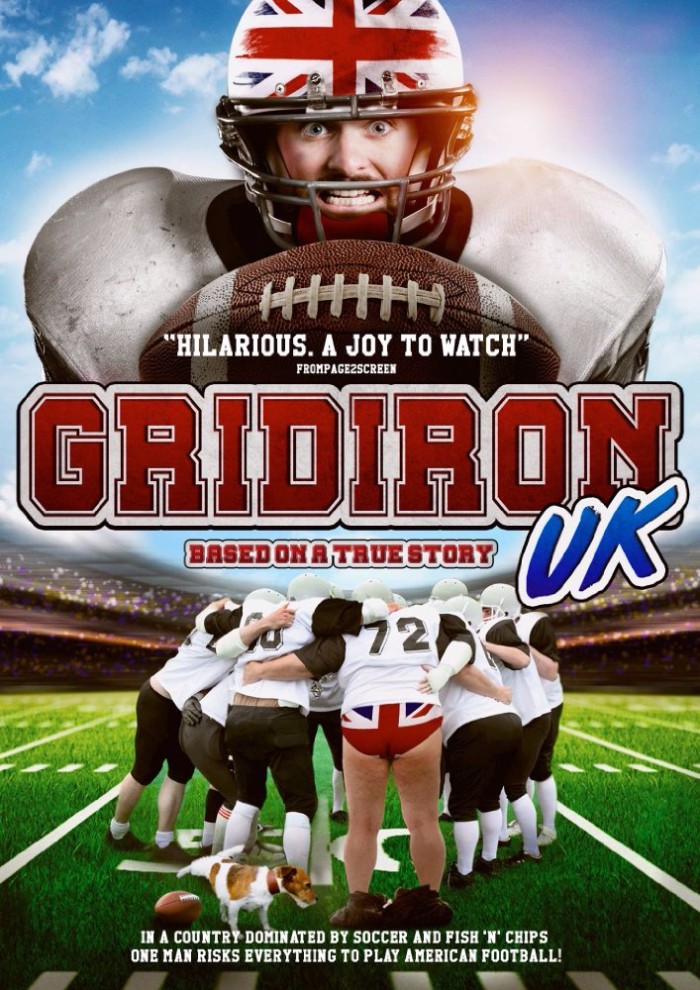 Last month, I joined cast, crew, local dignitaries and eager members of the public at the film premiere of 'Gridiron UK' at Crewe's Lyceum Theatre.

Gridiron UK is the brainchild of writer-director Gary Delaney, and is based on true events that took place in and around Crewe in the 1980s when American Football became popular in Britain.

The plot follows lead character Derek (played by Michael Dixon) and his desperate attempts to make something of his life by starting up a new team called the Railroaders.

He encounters many problems along the way, and the audience are left wondering whether he can ever succeed.

Produced entirely in Crewe during the summer of 2012, there are scenes at Bentley Motors (formerly Rolls-Royce), George V playing fields, Leighton Hospital, Queens Park, the Crosville Club and the Raven public house.

The former Victoria High School, now part of the Crewe UTC complex, was also used as a production base, and a number of sets were created to ensure that all filming took place in the town.

After many laughs, a lovely touch, on conclusion of the screening, saw Gary Delaney invite original members of the Crewe Railroaders American Football Team onto the stage to receive signed mementos from the film. 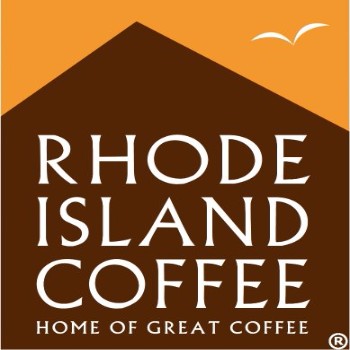 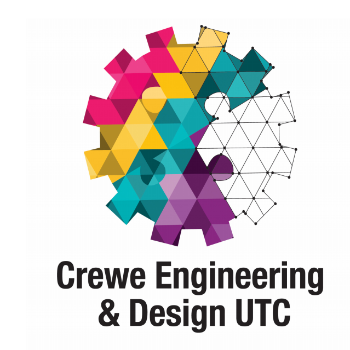 Crewe Engineering and Design UTC opens to students
Crewe & Nantwich Guardian:
Crewe's new £10.6 million University Technical College has opened it's doors to new students. Working with a range of local and national employers, the UTC aims to mould the next generation of engineers, innovators, technicians and designers. 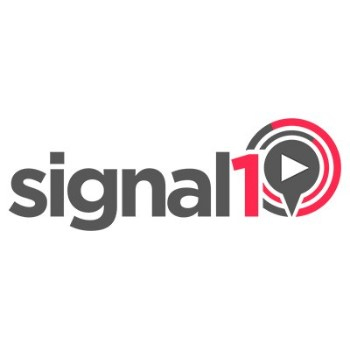 Signal 1:
Crewe and Nantwich MP and Children's Minister, Edward Timpson, says work still needs to be done to ensure standards are improved across the board if more grammar schools are to open