Reporter Jonathan White
Studio Nantwich on Castle Street in Nantwich are hosting two days of fund-raising concerts during the annual Nantwich Jazz, Blues & Music Festival, http://nantwichjazz.com/
On the first day of the Festival - Thursday 18th April 2019 - Studio Nantwich features 1980's Electronica tribute band 'Electro 80s', who will recreate songs by artists such as Depeche Mode, Gary Numan, Yazoo, Ultravox, Duran Duran, Soft Cell and The Human League. Doors open at 8:30pm.
On the second day of the Festival (Good Friday, 19th April) Studio Nantwich will have performances from musical duo ‘Baxter’ (7pm) and three-piece 70's alternative music band ‘Retrovibe’ (9pm). On the same night, on The Bank Stage, adjacent to Studio Nantwich, they host a performance from Queen tribute ‘QE2’ who, with over 20 years’ experience, will recreate the style and excitement of a Queen concert - marquee opens 7.30pm, QE2 finish at 11pm, with a free afterparty in Retro at Studio Nantwich until 3am.
Entry on Thursday and Friday is free with donations welcomed. Money raised will go to Macmillan Nurses - Macmillan Cancer Support, https://www.macmillan.org.uk
Nigel Woodhouse, Director of Operations at Studio Nantwich, said, "We are so excited to be holding two nights of entertainment with such quality acts. Electro 80s have been kicking off the weekend on Easter Thursday for the last four years with a full house every year. A first for us is QE2 who will perform on The Bank Stage and recreate possibly the biggest band of all time. They will both be fun nights, whilst helping to support such a worthy cause in Macmillan Nurses - Macmillan Cancer Support. Cancer affects nearly all of us and having Macmillan Nurses on hand to help everyone involved is invaluable, so to help in this small way to support them makes us feel proud.”
For further information please search Studio Live Nantwich on Facebook.
The 23rd Nantwich Jazz, Blues & Music Festival will feature more than 150 bands at venues across the town over the Easter Bank Holiday weekend (18th-22nd April 2019).
The Nantwich Jazz, Blue & Music Festival was founded in 1996 by Phillip Martin, who sadly passed away in 2017. Philip’s daughter, Abbigail, took up the reigns at last year’s event.
The festival is expected to draw a crowd of over 40,000 music lovers to the town over its five-day period and boost the town’s economy by more than £1 million. 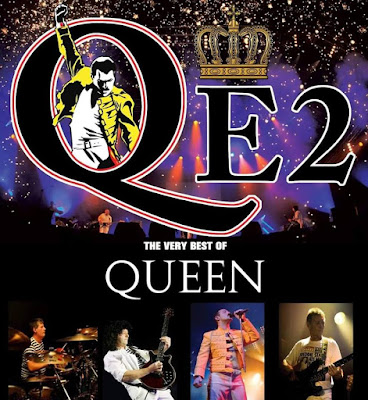