The Wistaston Village Fete took place on the afternoon of Saturday 20th June 2015. This annual event is organised by the Wistaston Community Council and took place at Wistaston Church Lane Academy, Church Lane, Wistaston for the first time, by the kind permission of the Head and the governors.

Once the procession had arrived within the Arena at the Academy the retiring Rose Queen (Lucy Rowland) thanked Wistonian's for their support and stated that over £5,000 had been raised to be shared between two organisations - 35th South West Cheshire Scout group and Cancer Research UK - during her year of office. St. Mary's Wistaston Rector Mike Turnbull then passed the crown from Lucy to this year's Rose Queen (Rachel). Rachel stated that her chosen charity this year is Macmillan Cancer Support. This year’s Wistonian of the year, Gwyneth Brown, then officially opened the Fete.

Ken Sambrook and John White were the Master of Ceremonies and introduced each event in the Arena and school hall respectively.

Gwyneth Brown, presented prizes to the winners in the Laurie Twiss Award for Journalism. The winner was Emilymay Stockton, with second prize awarded to Daisy Williams and third prize awarded to Antonia Monks. They are all pupils of Wistaston Church Lane Academy.

Several children took part in the fancy dress competition and entries included a policeman, a burglar, a bear, a pirate and several princesses. The winner was 5 year old Poppy with her Hawaiian girl costume, with 3 year old Samuel getting second prize for his Robot costume. They collected their prizes from judges Gwyneth Brown and Eileen Bamber. All of the children who entered received a bag of sweets.

There were over 30 stalls representing local organisations and charities, plus refreshments stands. Refreshments were also available in the school hall.

After early showers, the event took place in mainly sunny weather and was enjoyed by several hundred people.

Dane Chaplow (Chairman, Wistaston Community Council) said, "The move from the Rectory gardens to the Academy went better than we could have expected. We are very grateful to Headteacher Mr Prince and the Governors for allowing us to use the premises. The procession and crowning ceremony were a success and there was excellent entertainment both outdoors and indoors with a splendid range of stalls. So many people attended to show their support. We hope that lots of money was raised for local charities and the Wistaston Community Council.”

Admission to the Fete was by donation and proceeds from the gate receipts and Wistaston Community Council stalls will go towards other Wistaston village events, such as the Flower and Produce Show, Spring and Christmas Concerts, and the November Fireworks Display. The Wistaston Community Council desperately requires new members to help organise next year’s Fete, as well as the other Wistaston-based events. Please visit http://www.wistastoncommunity.co.uk for further information if you would like to join. 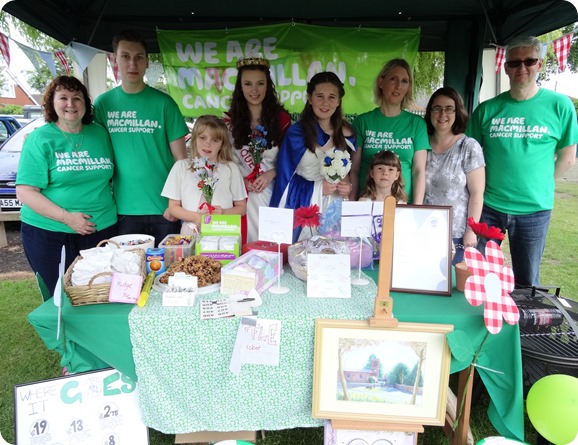 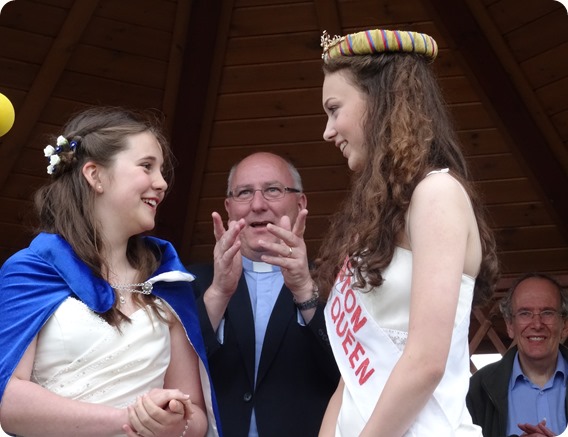