Welcome to this, my 150th news bulletin.

I have been doing some research into how our key hospital services have been performing in Crewe and Nantwich.  You may remember that I have done work experience myself in several different departments at Leighton Hospital, so I wanted to keep my knowledge current, and make plain to my constituents how the NHS is doing, both locally and nationally.

We had strong performance in A&E over the winter, despite attempts by some politicians to whip up a ‘crisis’:

At Leighton Hospital in Crewe:

Overall, the NHS continues to perform extremely well compared to Labour’s period in office, with:

This performance is only possible because of much-needed reforms which are saving over £1bn every year in this Parliament in management costs, allowing the NHS to hire 1,700 more nurses and 7,000 more doctors than under Labour.

However Labour’s own management of the NHS has been brought sharply into focus given some worrying failures in the NHS in Wales:

Finally, we have made excellent progress on the compassionate care agenda. Not only is the Care Bill, which establishes in statute the Chief Inspector of Hospitals, almost law, but also:

I am very much looking forward to going ‘back to the floor’ at Leighton Hospital again this year, to spend time working with the staff who go beyond the call of duty and make sure that our health in Crewe and Nantwich is cared for to the highest of standards. 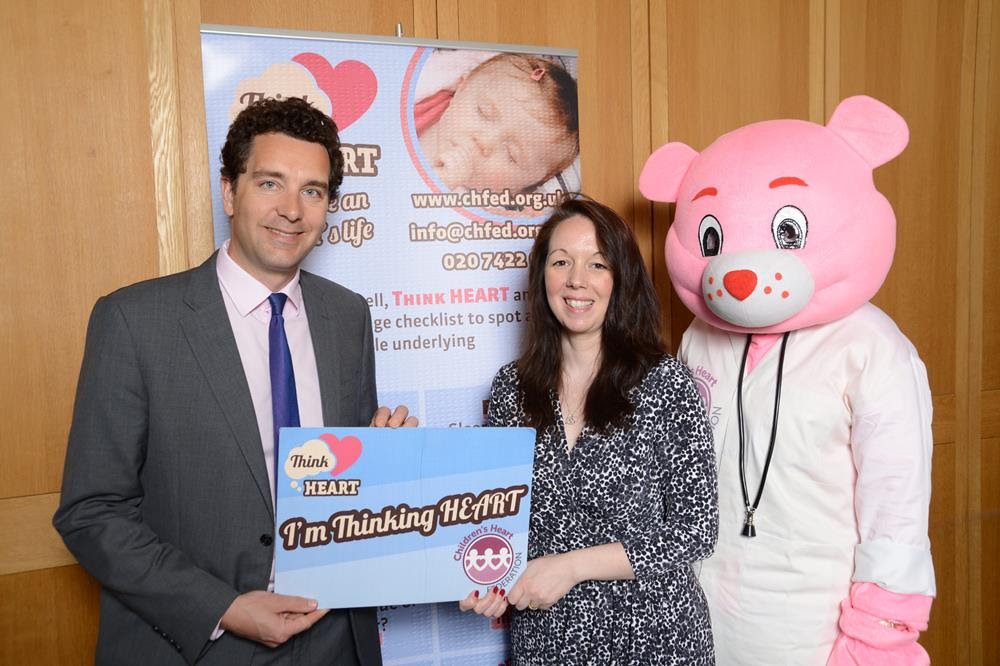 I met with the Children’s Heart Federation in Parliament recently, to learn about their 'Think HEART' campaign, to help improve the early diagnosis rates of children’s heart conditions.

You can read more about the campaign yourself at www.chfed.org.uk/thinkheart.

The £168 million Pothole Fund, announced in the 2014 Budget, has opened for bids from councils, with applications closing next month. The funding is enough to repair more than three million potholes across Britain, and comes on top of £10 billion already being given to councils in England for local roads maintenance between 2010 and 2021.

Local authorities who get funding will have to sign a pothole pledge setting out clearly how many potholes they will fix by March 2015 so that local communities can have confidence that action will be taken.

Mr Timpson said: "This is a great opportunity to improve the roads in Crewe and Nantwich and deal with the blight of potholes.

"I am delighted that Cheshire East Council is preparing its bid for this money. Investing in Britain's roads and infrastructure is a key part of the long-term economic plan to secure a better future for Britain.

"By fixing Britain's roads we are supporting local businesses, and making life that bit easier for the hardworking people in Crewe and Nantwich who rely on them to get around." 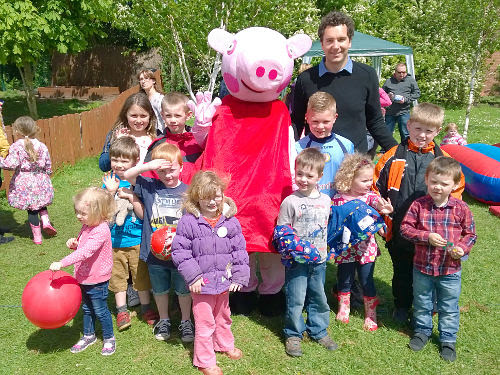 I joined children and parents at The Willows Pre-School, in Wistaston, for their fun day and official opening of their new facilities.

Nantwich News: Crewe and Nantwich MP Edward Timpson has welcomed new figures which show crime has fallen in Cheshire over the last 12 months.

Latest statistics from the Office for National Statistics show that since 2010, recorded crime in Cheshire has fallen by 16%.  Figures for the period from January 1, 2013 to December 31, 2013 show that overall total crime is down by 3.3%.

There have been reductions in violent crime, robbery, criminal damage, arson and vehicle offences. Increases have been recorded in burglary and theft from the person.

Mr Timpson said: "It is great news that crime has fallen in Cheshire.

"Local police officers in Crewe and Nantwich can be rightly proud of their success in cutting crime. The Government has cut police red tape and given them one simple target: cut crime. And that's what they are doing. This means people are safer on the streets, at home, and at work – helping to build better communities in Crewe and Nantwich."

Assistant Chief Constable Janette McCormick said: "Although overall recorded crime continues to fall across the county, Cheshire Police is not complacent and is committed to tackling all crime.

"Working with our partners we have focused on reducing crime and anti-social behaviour often driven by alcohol that can be linked to our town centres. It is therefore positive to see that violent crime has fallen, and is testament to the hard work undertaken by officers in tackling this type of crime.

"Crime of this nature will not be tolerated and the Force remains committed to tackling all forms of violent crime, especially domestic abuse. Theft from the person continues to be a concern, with an increase in the theft of expensive items such as iPods, iPads, mobile phones and laptops."

John Dwyer, Police & Crime Commissioner for Cheshire, added: "I am pleased to see the Constabulary continues to rise to the challenges I have set, crime continues to fall and some great work is being done by the Force."

Crewe Chronicle: Edward Timpson visited Crewe's Baywater Healthcare to find out how it's exceeded all its growth targets.

It was the Crewe and Nantwich MP's first visit to the company since it changed its name from Air Products in 2013 and gave him the chance to speak to staff and learn about their different roles, while also participating in some of the day to day work done at the office.

After being introduced to the senior management staff, Edward was invited into Baywater's contact centre, where he had the opportunity to listen in on calls from patients requiring assistance.

He also assisted in placing orders for oxygen required by patients, which is then delivered by the company's engineers. The contact centre receives about 5,000 calls per week from patients and is staffed by 28 members of staff.

Chief executive Adam Sullivan said: "At Baywater, we pride ourselves on the excellent service we provide to patients in the Crewe area and it was great for Edward to experience this by meeting John and our team and learning about the unique patient focused service we provide.

"We've had a great year so far at Baywater, as we continue to grow the business and expand the company's telehealth services, where we use technology to monitor patients with long term illnesses helping them to keep their independence."

Eight temporary employees have now been offered full time contracts at Baywater, as the company continues to grow.