Female acoustic guitar duo ‘The Sunflowers’ opened the show and warmed up the audience by singing several classics including I'll Be Your Baby Tonight, Stand by Me, Homeward Bound, Brown Eyed Girl, Under the Boardwalk, Ring of Fire, Suspicious Minds and You're the One That I Want.

The Sunflowers were followed by ‘Meet The Beatles’ who performed several of the Fab Four’s hits including I Saw Her Standing There, Please Please Me, Do You Want to Know a Secret, All My Loving, I Want to Hold Your Hand, I Wanna Be Your Man, A Hard Day's Night, Can't Buy Me Love, Eight Days a Week, Yesterday, Twist and Shout, Ticket to Ride, Help!, Lady Madonna, and Hey Jude. Their set included a costume change and they were joined on stage by The Sunflowers for Get Back as the encore. 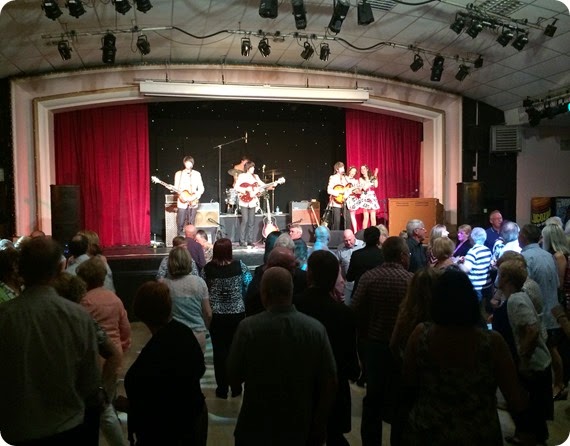 The dance floor was full with several audience members wearing 60s costumes including women wearing shift dresses, head band's and knee length boots and even a few men with a mop-top!

Well over 200 people attended the concert and for only £10 it represented excellent value for money.

Official photos will be uploaded to https://www.facebook.com/WarbleEvents . 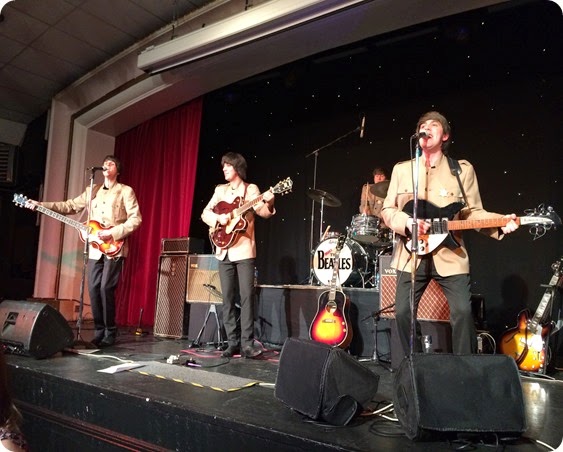