The 'Killer Mile' - http://www.mowcop.info/killermile/killermile.htm - took place at Mow Cop on the evening of Thursday 8th May 2014.

In this annual event a record number of over nearly 900 people started at Station Road and hauled themselves up hill to the finish at Mow Cop Castle.

The event is organised by the Mow Cop Residents Association - http://www.mowcop.info/residentsassociation/main.htm - and consisted of six races with the Junior Fun Run (up to 11 years) on a shortened course, followed by the full mile for Under 18's, Club Runners, Adult (over 18) Races 1 and 2 and Veterans (over 40). 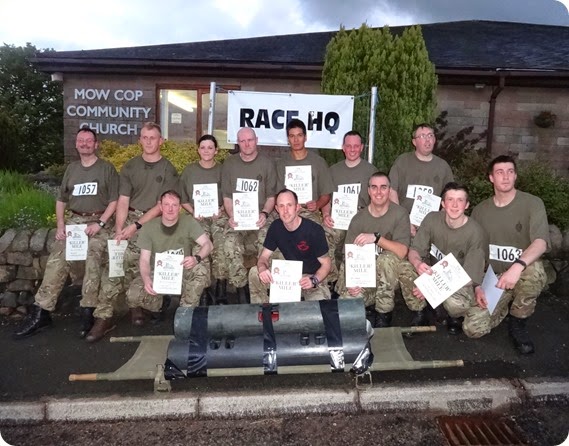 The heavy rain in the afternoon dissipated and runners and spectators were bathed in sunshine for the whole evening. There were clear views across the Cheshire Plain towards Wales and Merseyside for those who weren’t racing and the evening was capped with a glorious sunset.

Several hundred spectators lined the route and gave encouragement to the participants. A team from the Army Reserve carried an object weighing over 60kg and a team from Trentham Boat Club put in an ‘oar-some’ effort to carry a rowing boat up the course. Several runners wore fancy dress including a squirrel and many were raising money for charity including Caudwell Children http://www.caudwellchildren.com . Lee Riley from Crewe ran in three consecutive races including one run carrying a 40lb rucksack. There were numerous representatives from running clubs including South Cheshire Harriers http://www.southcheshireharriers.org.uk/ and Congleton Harriers http://www.congleton-harriers.co.uk/ .

I took part in the Killer Mile myself for the first time this year and entered the Veterans (over 40) event. Unfortunately I was so engrossed in taking photos that I missed the start, so was the last person to start the last race! Before the race I got some excellent advice from an experienced runner who told me not look up and to keep my arms pumping. My personal challenge was to run the course without walking or stopping and I managed to achieve both. The organisation and marshalling was fantastic and the spectators were brilliant in their cheering and clapping to keep us all motivated. I covered the mile in twice the time of the course record over just over 6 minutes, but I was elated when I reached the top. I picked up my certificate of achievement and bought a Killer Mile T-shirt and hope to return again next year. 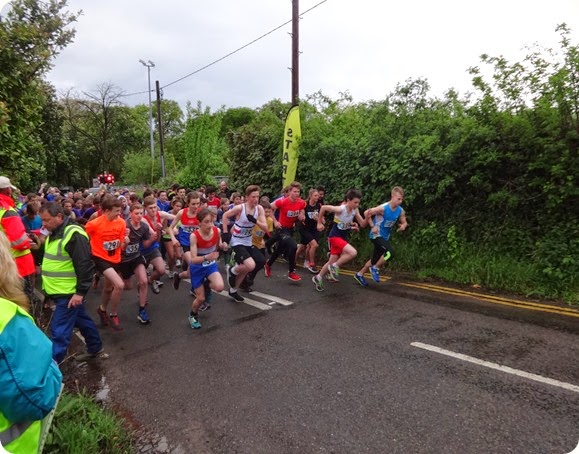 BBC Radio Stoke broadcast live from near the 'Cheshire View' pub at the steepest section of the route and interviewed several participants and spectators.

Race photos will be available from Bryan Dale http://www.racephotos.org.uk/ .

Race results will be published at http://www.mowcop.info within seven days of the event.