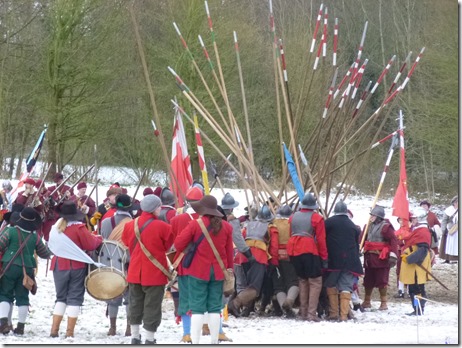 ‘The Battle of Nantwich & Winter Fayre’ took place in the town centre and on Mill Island on Saturday 26th January 2013. The event is organised by The Holly Holy Day Society - http://www.hollyholyday.org.uk - in association with the Sealed Knot re-enactment society and Rotary. This year is the 41st year the battle has been re-enacted. Holly Holy Day traces back to the 17th century and the four year long first English Civil War between Parliamentarians (Roundheads) and the Royalists (Cavaliers) loyal to Charles I. A variety of events took place in town during the day involving wreath-laying ceremony at the war memorial to commemorate people who died in the Civil War Battle of Nantwich and other battles; along with a Farmers Market, the Domesday Morris dancers, Nantwich Players and the Nantwich Museum. The 1644 battle was re-enacted on Mill Island and was followed by a prize-giving ceremony for the best regiment. 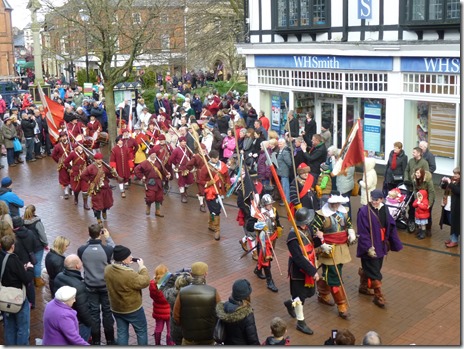 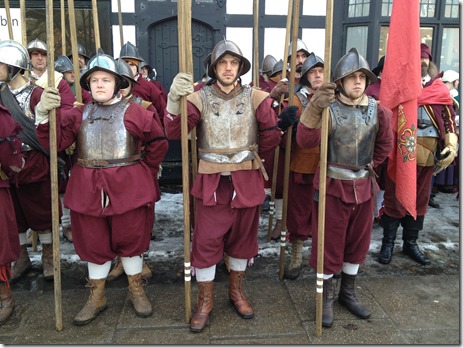