Man sentenced for attempting to abduct two teenagers in Congleton 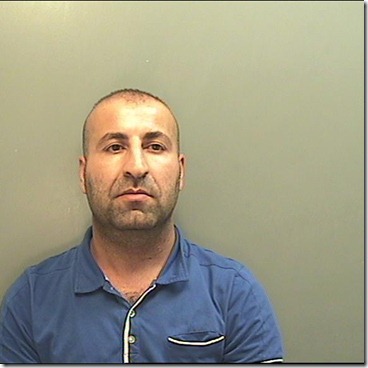 A man has been sentenced after being convicted of attempting to abduct two teenagers in Congleton.

Nizar Ibrahim, born 18/05/80 of Repington Road, Sneyd Green, Stoke, was convicted of two counts of attempted abduction at Chester Crown Court and was sentenced to seven and a half years in prison on Tuesday 13 December 2011.

On 25 July 2011, Ibrahim tried to force two teenage girls into his car. The first incident happened at around 7.30pm when he approached a 14-year-old girl on Biddulph Road. She managed to break free and run home. Just over an hour later at 8.45pm he approached a 16-year-old girl on Moody Street and again tried to pull her towards his car. The girl hit Ibrahim to the face, broke free from his grip and ran home.

Ibrahim was arrested in the Congleton area a short time later.

Detective Constable Michael Baron from Crewe CID said: "It was only due to the quick thinking and brave actions of the young girls that Ibrahim was unable to pull them into his car. They have then been required to give evidence in Crown Court and it is to their credit that they have delivered their evidence in such daunting circumstances.

"Ibrahim is clearly a dangerous man and only he knows what his intentions were when he tried to drag these girls into his car. Fortunately incidents like this are rare and thanks to the information given by the victims and quick actions by the police Ibrahim was located and arrested within the hour I hope this sentence sends a message of reassurance to the residents of Congleton as to how serious both the police and the courts treat these matters."