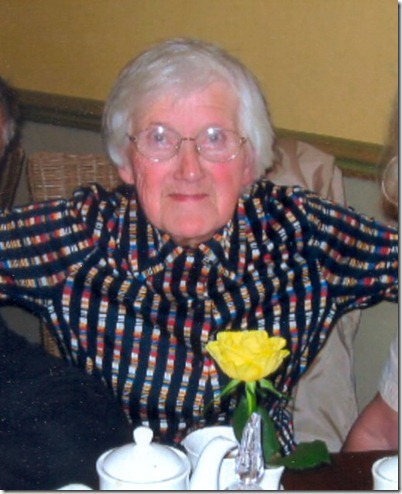 Cheshire Police continue to appeal for the whereabouts of an elderly lady reported missing from her home in Congleton.

Police have been searching for 84 year old Magdalana Whittaker of Boundary Lane in Congleton since she was reported missing by a concerned neighbour on Christmas Eve.

Inspector Steve Griffiths, who is co-ordinating the search for the pensioners whereabouts, said "The search for Magdalana now enters its second day and we understand that there was a sighting of her by a friend in Congleton town centre at around 5pm on Friday 23rd December. Nobody has seen her in almost 48 hours and we are very concerned. Our worry is further exacerbated by the fact that Magdalana is an elderly lady who is very hard of hearing."

Magdalana does not own a car nor is it believed she has a mobile phone. She is described as of slim build, 5 feet tall, with grey hair. When she was seen on 23rd December she was dressed in a green anorak, black trousers and a multicoloured hat. She speaks German and English. Magdalana often walks along the railway tracks near to her home where she collects logs and Police are keen to hear from anyone who may take the same route and may have seen Magdalana to get in touch.

Cheshire Police are utilising officers on the ground including lowland search and rescue, dog patrols and air support. Police are keen to hear from anyone who knows Magdalana and has seen or heard from her in the last 48 hours, to come forward. Similarly, anyone who may have seen anyone matching her description in the Congleton area are asked to contact Cheshire Police on 101 quoting incident 580 of 24th December.