Cheshire East Council is to consider major plans to revitalise Crewe town centre, including the redevelopment of the Royal Arcade site, refurbishment of the Market Hall and investment in the public realm.

The proposals represent £48.3m of investment and, if supported, will trigger wider regeneration, investment and growth in Crewe and ensure that the town is well placed to benefit from its status as a HS2 rail hub.

A report to cabinet, which will go before members on September 12, seeks to enter into a development agreement with Peveril Securities – part of the Bowmer and Kirkland Group – and their development manager Cordwell Property Group, to transform the Royal Arcade site and deliver a mixed-use leisure and retail scheme.

Housed in a cutting-edge setting, it is expected to include a new eight-screen cinema, gym, restaurants and shops. It would also feature a new bus station and 450-space multi-storey car park, both of which would be funded and owned by Cheshire East Council.

“It’s essential that Crewe becomes better placed to benefit from all that HS2 can bring, as well as deliver the ambitious economic growth targets outlined in the emerging Constellation Growth Strategy for the sub-region.

“These plans will build on the £25m investment that has already been realised through the lifestyle centre and university technical college and we are confident that it will act as a catalyst for much more private sector investment in the future.”

To push ahead with the regeneration plans, the cabinet report seeks approval to invest almost £15m of council funding, alongside the allocation of £10m of funding from Cheshire and Warrington Local Enterprise Partnership, which the council hopes to secure later this month.

A further £23.6m of private sector investment will be drawn in for the commercial elements of the plans.

“Our discussions with commercial occupiers in the leisure and retail sectors give us a great deal of confidence that we can successfully deliver this development for Crewe.

“Whilst Marks and Spencer have relocated to Grand Junction Retail Park, we are sure that we are on the right path to making sure that Crewe has a broader mix of uses that make it an attractive destination for more frequent and longer visits to the town centre by residents from Crewe and the wider area.”

Mr Warrack added: “Subject to planning approval, we expect to start demolition of the site next summer, with our first priority being the construction of the new bus station while the current one continues to operate. We plan that the whole development will be completed for opening by Christmas 2020.”

While the Royal Arcade proposals represent the most significant council regeneration initiative in Crewe, it is just one component of the plans to transform the town centre.

Cabinet members are being asked to consider proposals for investment in the public realm – including the design of pedestrian areas, street furniture, event space and lighting – as well as the alternative options for the future of Crewe’s markets.

The council is currently working alongside Crewe Town Council in considering plans for the Market Hall. Subject to consultation, it could see the building remodelled and refurbished to a high standard, with a focus on independent food retailers, cafes and eateries, as well as having flexibility for themed evening events.

Cllr Paul Bates, Cheshire East Council cabinet member for communities and finance, said: “Sadly, like in similar towns, Crewe’s markets are not fulfilling their potential and it’s clear that a new vision is needed in order for them to survive.

“We want the Market Hall to become a destination for visitors, both during the day and evening, and play an important role in strengthening links between the town centre and Grand Junction Retail Park.”

In a linked report being considered at the same meeting, members will be asked to support the development of proposals for a history centre, which would play an important part in future regeneration plans.

Cllr Stockton said: “These regeneration plans represent major investment and our vision is for the town centre to become not only a great place to shop, but also a leisure destination and place to socialise with friends and family.”

Cheshire East Council recognises that to realise these ambitious plans there will inevitably be implications for businesses currently trading within Royal Arcade and the Market Hall.

The council is committed to supporting traders with advice from other partners, including Crewe Town Council and the Skills and Growth Company. 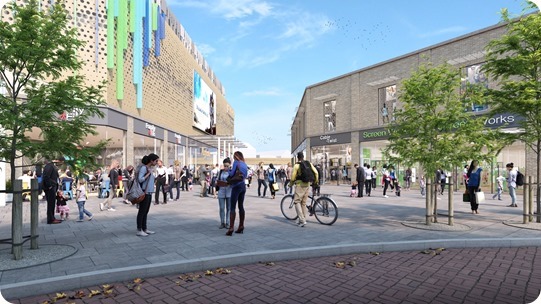 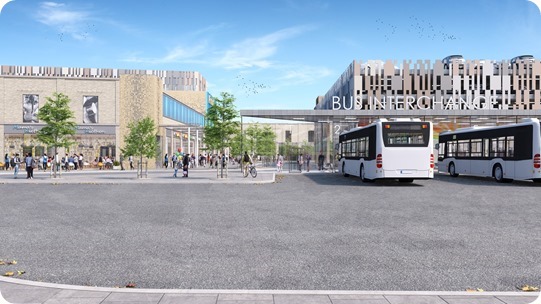