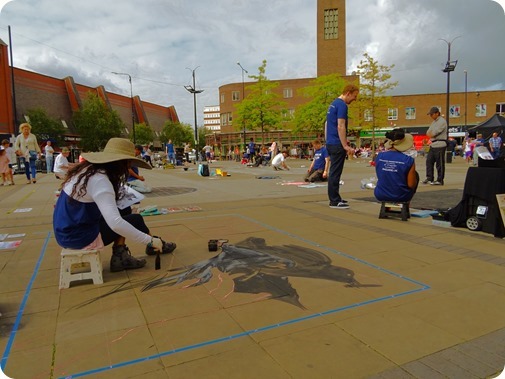 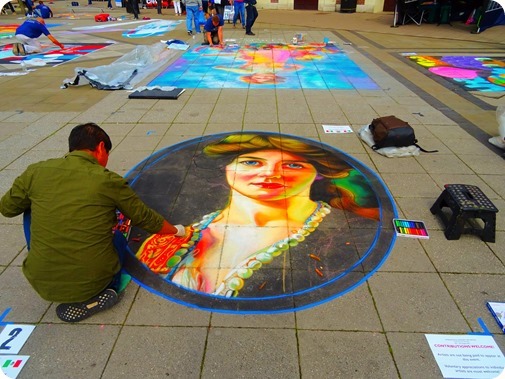 The artists, many of them multi-award winners and world renowned, came  from across the globe, including from the United States, Mexico, the Netherlands, Italy, France and the UK. 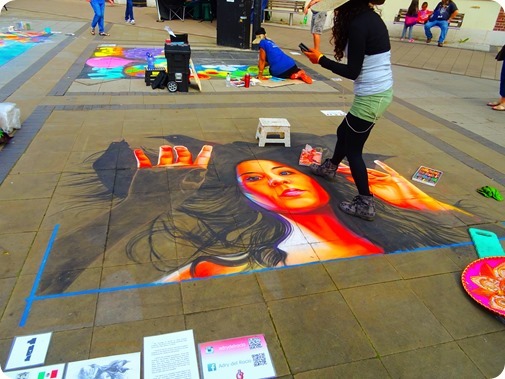 Pavement art originated in Britain and during the Victorian era, the artists, known as ‘screevers’, flourished around areas where tourists and business people passed through, such as railway stations. Crewe was no exception.

The festival is part of Coloured Earth, a series of international pavement art events and festivals organised by Urban Canvas for the UK.

It is also supported by Toulon International de Street Festival, in France, and Festival Bella Via, in Mexico. 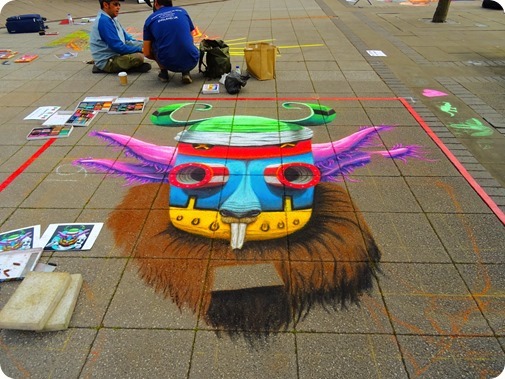 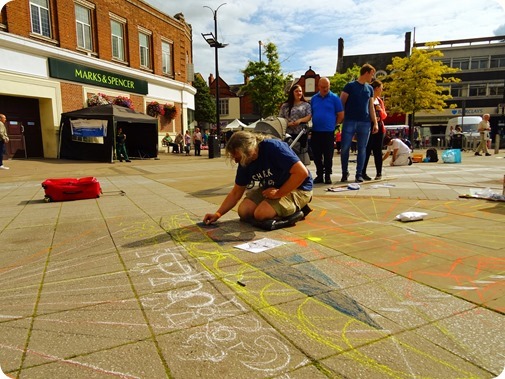 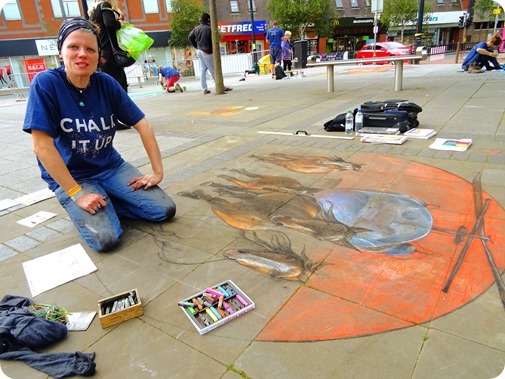 There were 3 local artist from Crewe taking part 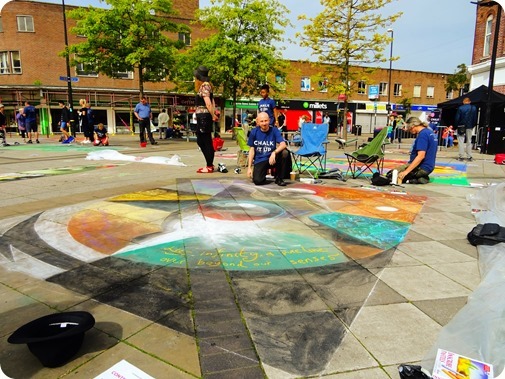 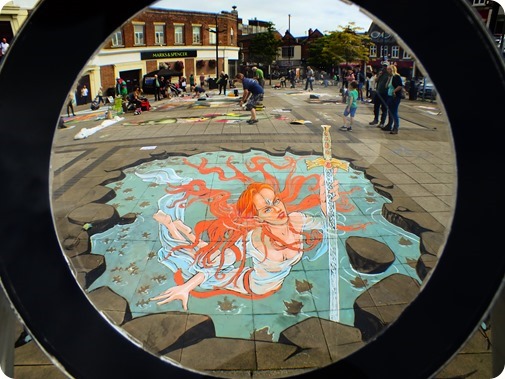 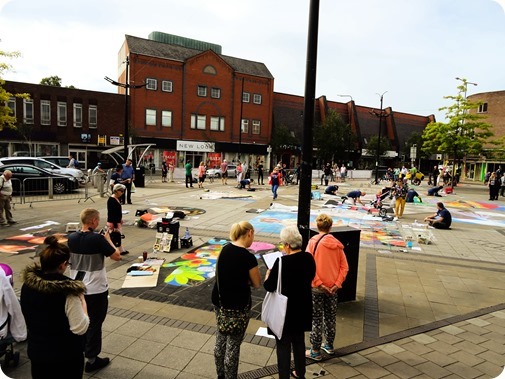 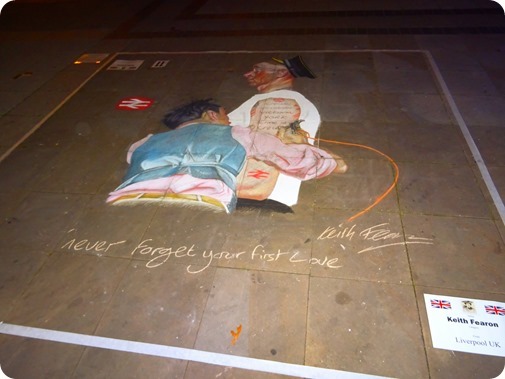 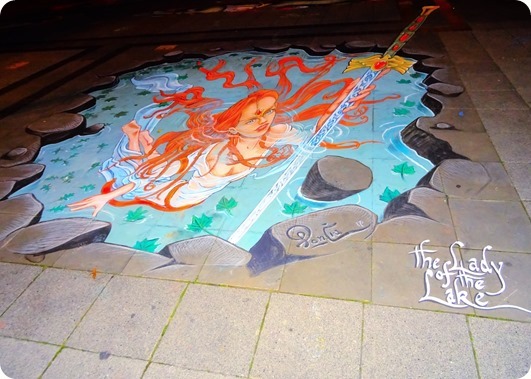 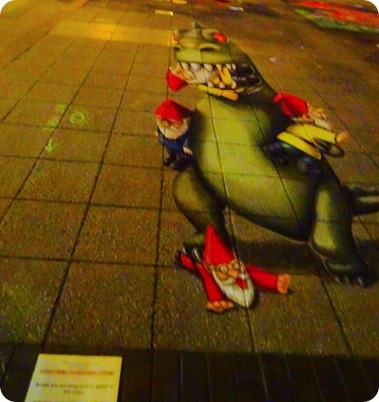 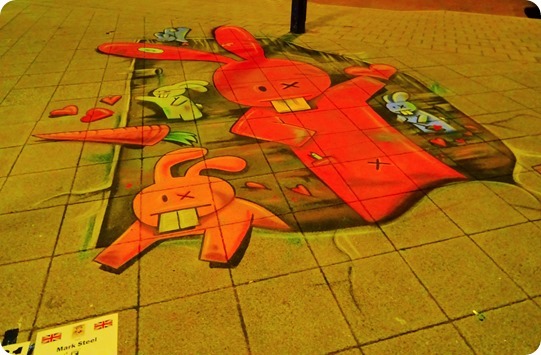 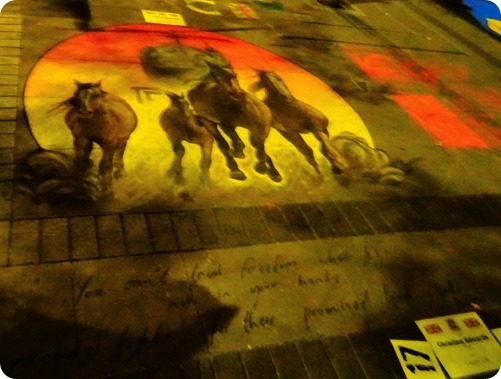 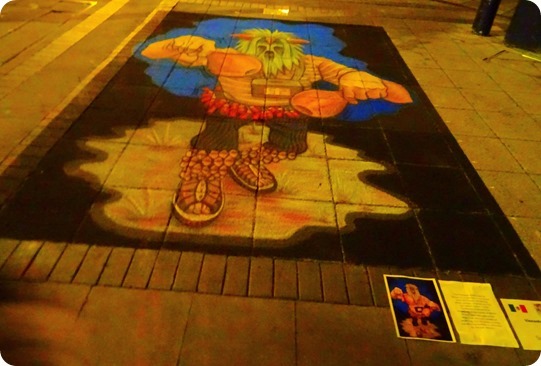 If it doesn't rain the art should be there on Monday