The Wistaston Singers performed at a Christmas Carol concert

The Wistaston Singers performed at a Christmas Carol concert on the afternoon of Saturday 10th December 2016 at St Stephen’s Methodist Church on Gainsborough Road in Crewe.

Phil Houghton was the Musical Director and organist and also introduced each carol and soloist. Jane Hale was the accompanist.

Soloists included Rev’d Jennifer Matthews, members of The Wistaston Singers and thirteen year old Ezri Petts who travelled especially from Bakewell in Derbyshire to participate in the concert. Ezri is the granddaughter of Musical Director Phil Houghton.

Carols sang by the choir and congregation included ‘Once in Royal David's City’, ‘What Sweeter Music’, ‘See Amid the Winter's Snow’, ‘Away in a Manger’, ‘I waited for the Lord’, ‘While Shepherds Watched Their Flocks’, ‘Have Yourself a Merry Little Christmas’, ‘It Came Upon the Midnight Clear’, ‘Hark! The Herald Angels Sing’, ‘Three Kings’, ‘White Christmas’, ‘O Little Town of Bethlehem’, ‘Good King Wenceslas’, ‘Coventry Carol’, ‘Nativity Carol’. The finale was a rousing ‘O Come, All ye Faithful’.

Proceeds from the concert will go to St Stephen’s Methodist Church and choir funds.

The Wistaston Singers were originally formed by members of the choir at St Mary's Parish Church, Wistaston in May 2000 and now number over forty members singing four-part harmony music. The choir perform a variety and eclectic choice of music ranging from choral church music and anthems, Gilbert and Sullivan items, music from the shows, music from modern composers such as John Rutter encompassing from the 15th century to the 21st century. They perform up to five concerts a year at various venues in south Cheshire, plus one concert out of area. The choir is also available to perform at weddings in the area. The choir rehearse weekly in the parish rooms of St Mary's Church, Nantwich on a Wednesday evening from 7:30pm to 9:30pm. New members are always welcome and further details may be obtained from Choir Secretary Jill Oakes, Tel: 01270 662940 and email: jillandjohnoakes@uwclub.net 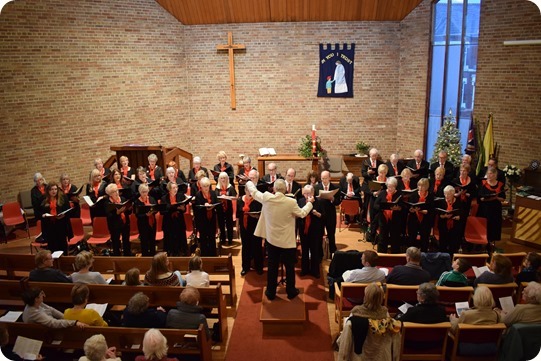 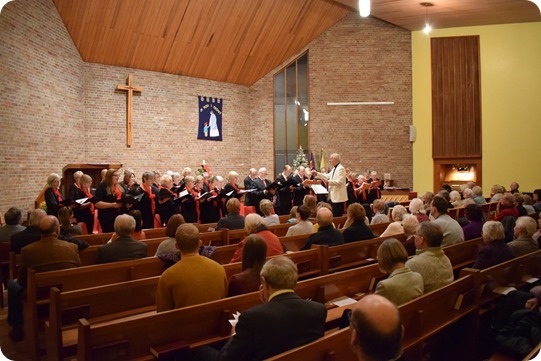