The Concert contained group, duet and solo ukulele performances and featured George Formby songs including 'With My Little Ukelele In My Hand' and 'The Lancashire Toreador', along with Christmas songs such as 'Blue Christmas' and 'I Saw Mommy Kissing Santa Claus'.

There were moving tributes throughout the evening to Society Founder Brian Edge who passed away earlier in the month.

Musicians travelled from Wistaston, other parts of Cheshire and counties beyond. The final song involved all the performers in a thrash to 'Leaning on a Lamp-post'.

Richard Batty was Master of Ceremonies and introduced each act with his usual quick fire repartee. Chris White was the Concert Producer.

Hot and cold drinks and mince pies were served during the interval. There was also a prize raffle.

The main hall, which had been decorated with festive bunting and a large decorated fibre-optic Christmas tree, was filled to capacity with over 150 attendees.

The Society was founded by Brian Edge in 1994 and performs a Concert at Wistaston Memorial Hall on the fourth Friday of every month throughout the year. There are no membership fees to pay to attend a Concert and the entrance fee is just £1 to cover the cost of hall rent and light refreshments. The curtain goes up at 7:30pm prompt. 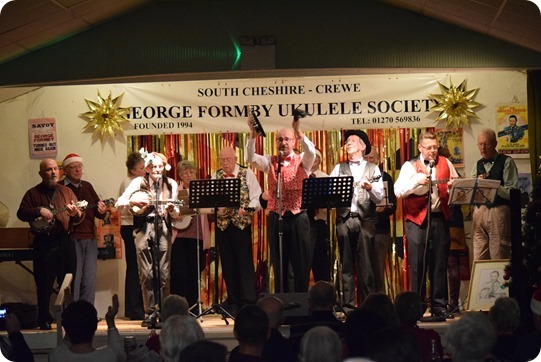 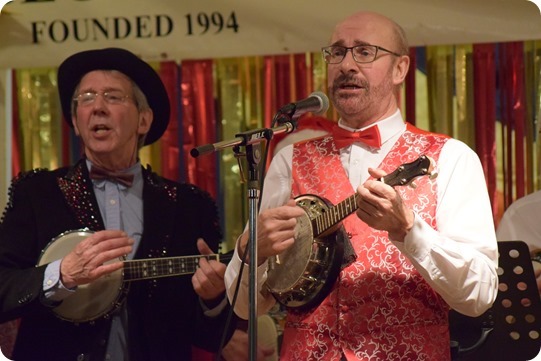