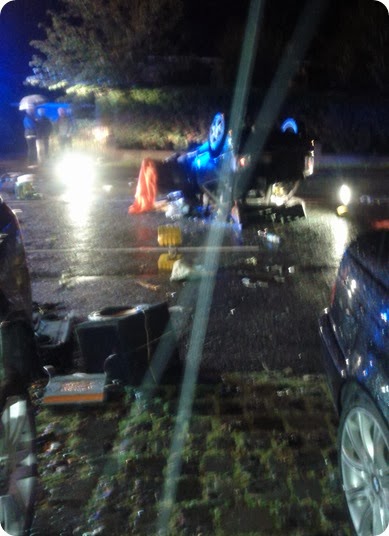 Cheshire East’s  Wistaston Ward Councillors Margaret Simon and Jacquie Weatherill have met with the Council Leader, Cllr Michael Jones and Kevin Melling the Council’s Head of Highways and Transport to discuss their ongoing and increasing concerns about the number of accidents and incidents on the busy A534 Crewe/Nantwich Road which runs through the middle of their patch.  In the past few weeks there have been several more accidents some of which have resulted in damage to property.  They have been promised a safety review of this road, which will include local public consultation, and it is due to be undertaken shortly.

“Jacquie and I are very concerned about the number of accidents, not only reported and recorded but also unreported, which have taken place on Crewe Road Wistaston and Willaston.  It is a very busy road, running through a built up residential area.  It has a speed limit of 40mph and the perception of many residents is that this is often exceeded, in particular, during the hours of darkness when many of the incidents occur.  This review is  urgently needed in our Ward.   Many Crewe Road residents have been in touch with us recently saying that they have had enough and that their quality of life is being badly affected.”

“Margaret and I have always had great concerns for the traffic problems along Crewe Road and, I am at last delighted that, after our meeting with the officers, they were listened to and will be acted upon.  I urge our residents to take a very active part in the public consultation that we have been promised.”

“I have been in close contact with Cllr Simon about road safety on Crewe Road and I am delighted that she has been able to take it up with the Council Leader.   My wife and I have been involved in helping with traumatic incidents very close to our home.  A review of road safety is much needed, there must be ways of making this road less dangerous.”

“We do need the Council to listen to Crewe Road residents, we are very worried about the number of incidents that take place along here.  I suspect that we have had many more accidents than either the Council or Police know about.  I do hope that our local community will take an active part in any consultation that the Council carry out.  That is the only way for the Council to get to understand our fears and concerns.”