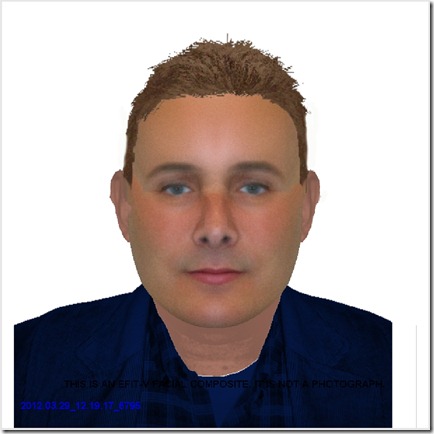 Police have released an efit of a man they want to speak to in connection with a burglary at a house in Laureston Avenue in Crewe.

The victim, who is in her 70s, was standing at the front gate at the time. She then turned around to go back in and saw two men stood at the door.

She asked if she could help them and they said no and walked off down her driveway and back up to Laureston Avenue.

She then discovered approximately £5,700 in cash missing.

The first man is described as white, aged 28, stocky build and 5ft 8ins tall. He had short dark brown hair, longer on top and combed over. He was wearing a dark blue fleece, zipped at the front.

They were described as loud and had Irish accents.

Anyone with information should contact PC Paul Robbins on 101 quoting incident number 969 of 24.03.12.

Alternatively information can be given anonymously by calling Crimestoppers on 0800 555 111.