In previous years club members have held a tennis tournament and a 12 hour ‘Tennisathon', raising hundreds of pounds in the process.

This year for the biennial charity event there was a round-robin format doubles tennis event and a fund-raising raffle.

Each participant paid a fee to play against each other. Despite a cold wind and the occasional snow shower eight players (four pairs) contested 42 games.

The winning pair were Eric James and Rob Sheffield who retained their title from the last event in 2016 and received a shield, donated by Concorde Trophies, from co-organiser George Raiswell.

In total £38 was collected for Sport Relief, which raises money to help vulnerable people in both the UK and the world's poorest countries.

A representative from WJTC said, "We would like to thank all members who participated in playing and organising the event. It was a good day of tennis in difficult weather conditions." 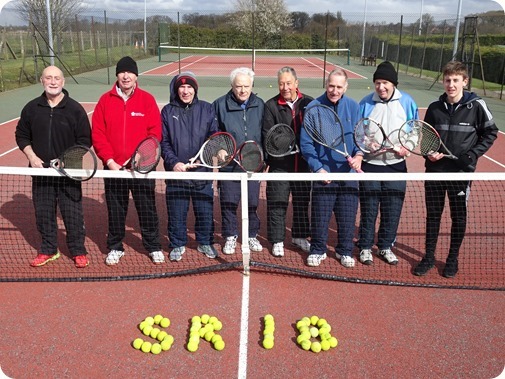