Seahorse Swimming Club’s Oliver Daley came away with a gold medal in the Halliwick National Championship Gala in Southgate, London, on 14th October 2017 as winner of the Men’s 25m race. Oliver was part of the North West team that won a tally of seven medals  – two gold and five bronze.

“There was stiff competition at this year’s championship with only seconds between first, second and third place in many of the races. All the swimmers gave a really good account of themselves and were a credit to Seahorse and the regional team.” - Rob Dutton (Chairman).

Seahorse are based at Crewe's Lifestyle Centre and are affiliated to the Halliwick Association of Swimming Therapy, which develops the teaching of swimming to people with disabilities. 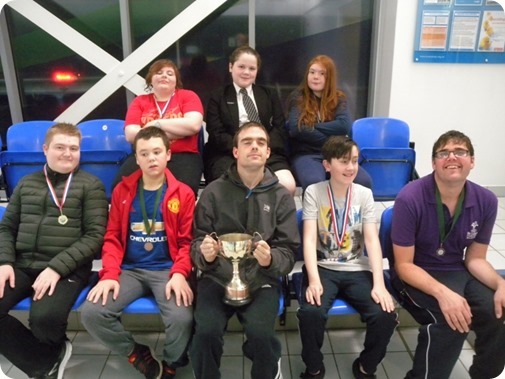