Christmas hats and crackers adorned the tables on arrival to the Hall, whilst the Yuletide atmosphere was further enhanced by snowflakes and flashing snowflakes suspended from the ceiling.

Magician Dan Tril performed some mesmerising card tricks and close-up magic tricks around the tables to warmup the audience.

Five-piece band 'One Eye On The Christmas Cake' took to the stage and energetically performed a stream of floor-filling hits including All Night Long, Shake It Off, Domino, Get Lucky, All About That Bass, No Place I'd Rather Be, Shut Up and Dance, We Found Love, along with Merry Christmas Everybody and Fairytale Of New York. There was a release of balloons during Mariah Carey’s All I Want For Christmas Is You.

‘U've Been Framed!’ - http://www.uvebeenframed.me.uk - provided a photo booth to allow audience members to wear props and strike a pose in front of the camera.

The event finished with a disco until 12:30am.

Event Manager Jon Mitchell said, “This year marks the first of two Warble events at Christmas with Nantwich Town Council. For £10 per ticket we believe it represented good value for money. We hope that everyone had a good night.”

The next Warble Entertainment event at the Nantwich Civic Hall is ‘REVIVAL – The ABBA Experience’ next Friday 11th December 2015 (tickets = £10, doors open 7:30pm). Tickets are available from Nantwich Civic Hall Tourist Information or by calling the Civic Hall Box Office on 01270 628633. 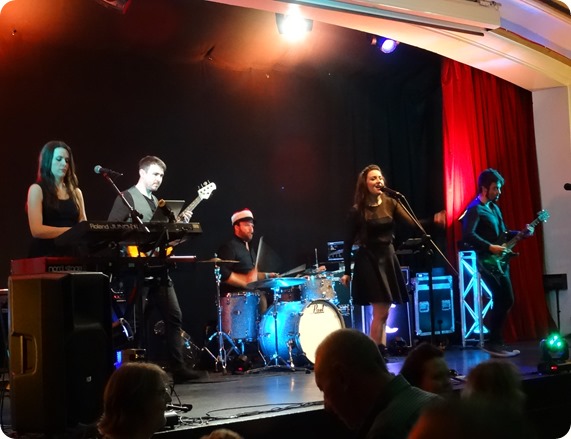 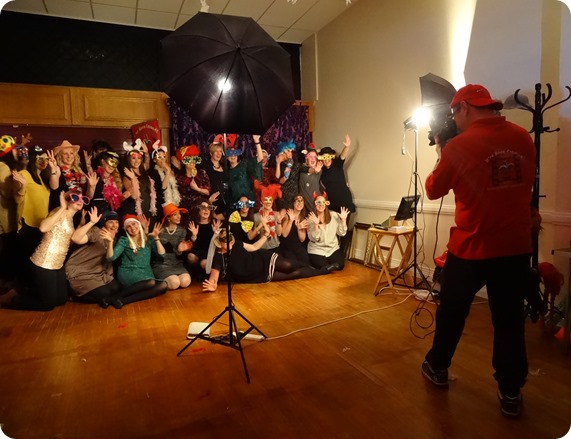