Reporter  Jonathan White, Wistaston
ABBA tribute band ‘ABBA Revival’ performed at Nantwich Civic Hall on Friday 11th December 2015. They opened and closed their show with ABBA’s breakthrough hit ‘Waterloo’. Their set was full of numerous other floor-fillers from the Swedish supergroup including ‘Mamma Mia’, ‘SOS’, ‘Super Trouper’, ‘Chiquitita’, ‘The Name Of The Game’, ‘I Have A Dream’, ‘Honey Honey’, ‘Gimme! Gimme! Gimme! (A Man After Midnight)’, ‘Money, Money, Money’, ‘Voulez-Vous’, ‘Lay All Your Love on Me’, ‘Fernando’, ‘Take a Chance on Me’, ‘Ring Ring’, ‘Thank You for the Music’ and ‘Dancing Queen’.
The band consisted of John as Benny Andersson, Lisa as Anni-Frid Lyngstad, Nina as Agnetha Faltskog and Kenny as Bjorn. ‘Anni-Frid’ and ‘Agnetha’ sang in harmony and had several costume changes during the evening, whilst ‘Benny’ played an original white Yamaha CP70 piano and ‘Bjorn’ was a virtuoso on guitar. Stage props, which included a large flashing ABBA sign, and fantastic lighting added to the atmosphere.

Several audience members dressed up in wigs, flares, catsuits and platform boots.
The Hall was bedecked with snowflakes and flashing snowflakes suspended from the ceiling, and a large Christmas tree on the stage added to the venue’s Yuletide ambience.
The evening finished with a disco featuring several party classics. Tickets were only £10 and represented excellent value for money.
The event was organised by Warble Entertainment - http://www.warble-entertainment.com/ - in partnership with Nantwich Town Council - http://www.nantwichtowncouncil.gov.uk/
Event Manager Jon Mitchell said, "2015 has seen some well attended events run by Warble and the Nantwich Town Council. We thank everyone for coming along and supporting these events. We look forward to running more in 2016.” 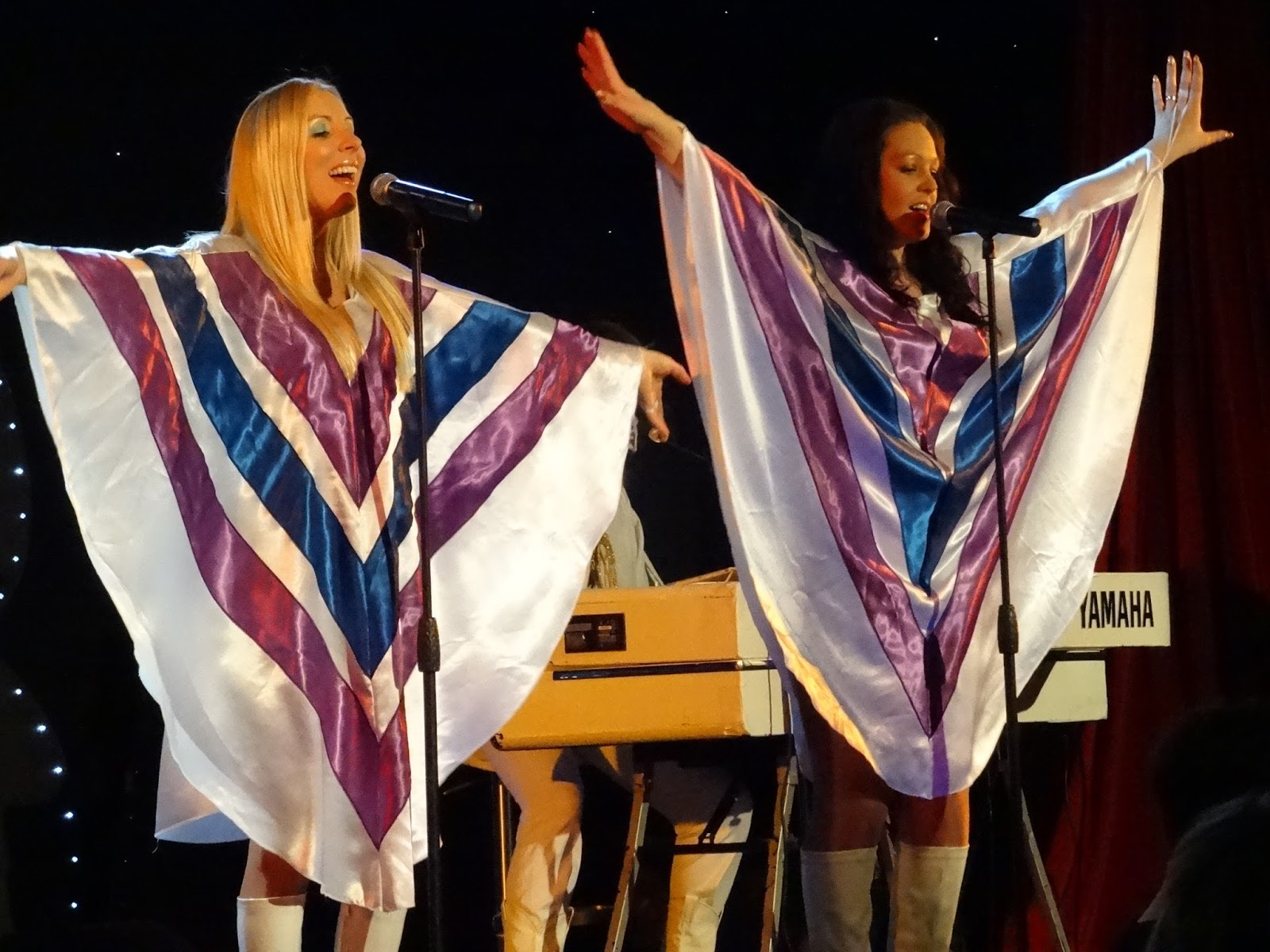 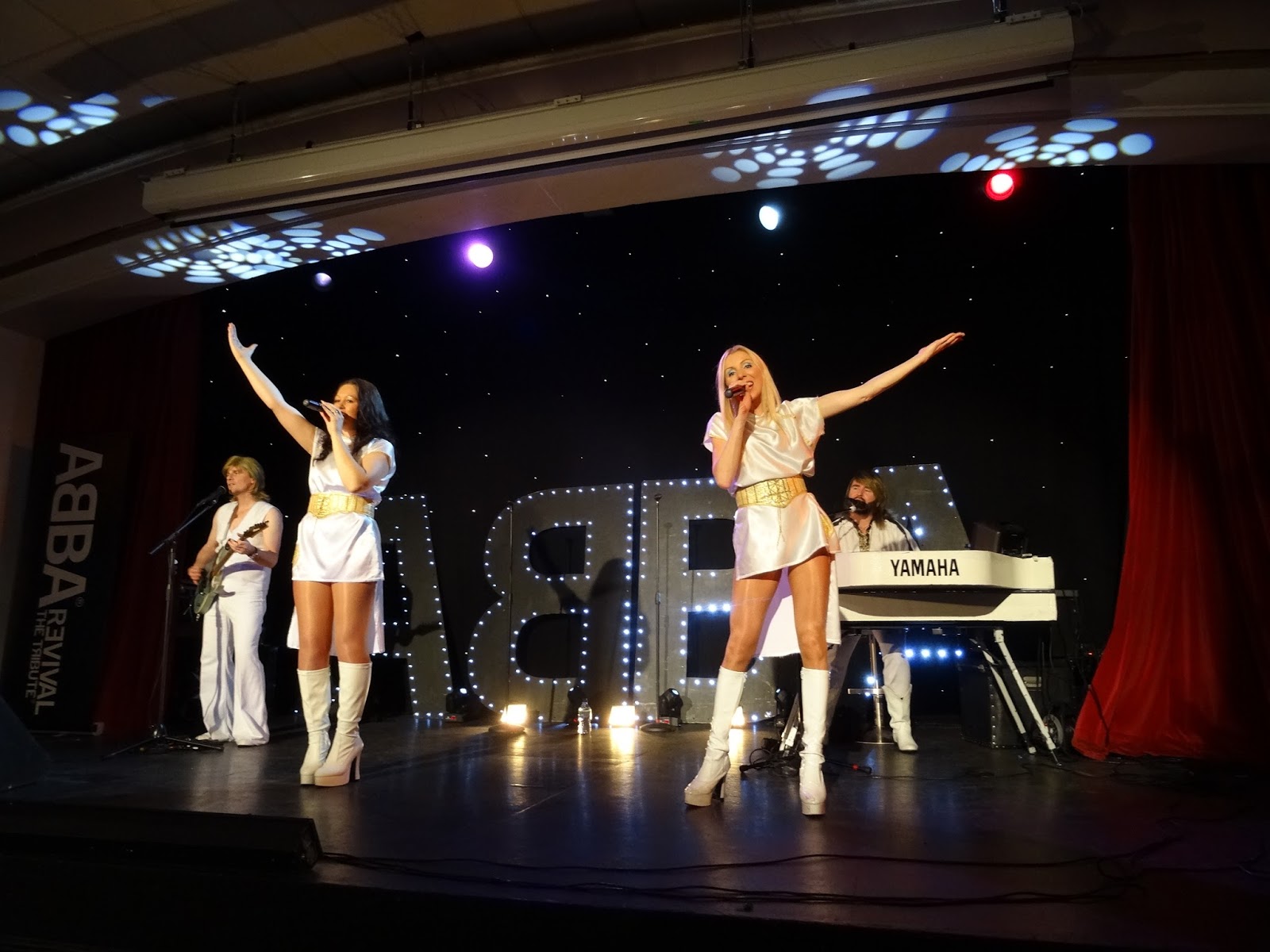