Welcome to this, my 167th news bulletin.

At the end of the year, I've been looking back over 2015, and reflecting on all of the things that have changed since my last Christmas news bulletin.
It’s already seven months since the British people went to the polls at the General Election, and by putting a Conservative majority in power, they gave us an important responsibility: to deliver our commitments for opportunity, stability and security. Indeed we set out exactly that on the very opening page of our manifesto.
A manifesto shouldn’t be a wish list, it should be a checklist. That’s why we haven’t been tacking off in a new direction, but marking off the commitments.
In the past five years, we’ve turned the old approach on its head. We have made consistent arguments: that government living within its means is to ensure the economic security of every family in the country.
We’ve tried to live up to that challenge. Next year the deficit is set to be less than a quarter of what we inherited. By 2020, it will be gone completely.
And that strong economy allows us to deliver on our other commitments.
First: we said we’d maintain the amount of money that follows every child into school. And two weeks ago we did more than that, pledging an annual schools budget of over £40bn.
We’ve said to headteachers, ‘You control your budget, you decide on discipline policies, you set the ethos and direction of your school.’ And at the same time, we’ve said to parents, charities, businesses, ‘You can set up new schools in the state sector if you want to.’ Over a million more children are learning in ‘good’ or ‘outstanding’ schools since 2010.
Second: giving young people a good start in life includes giving them the choice of an apprenticeship, or a university. Over 6,000 apprenticeships have been started in Crewe and Nantwich since 2010. So that’s why we’ve expanded the numbers, and we’re making good on our commitment to reach three million apprentices trained in this Parliament by 2020.
We’ve been able to fulfil another pledge in our manifesto, to uncap university places, so we can have well-funded universities, and increased participation. In September, more 18-year-olds headed off to freshers’ week than at any time in our history – 200,000 of them – and more from disadvantaged backgrounds than ever before, opening up opportunity for all.
Our manifesto made another clear commitment: to create two million more jobs. In the short time since the election, 158,000 more people are in work. And in Crewe and Nantwich we’re doing our bit: I was at Bentley recently to see the first Bentayga SUV roll off the production line, creating more jobs both at Bentley and in the supply chain.
Third: we set out a huge mission in our manifesto: to create a million more homeowners. We said we’d give 1.3 million housing association tenants the right to buy. This autumn we secured voluntary agreement with housing associations like Wulvern to do just that.
Fourth: security when you’re raising a family. At the Spending Review we made £6bn of commitment to working families, with tax-free childcare worth up to £2,000 per child per year from early 2017.
But security for families also means having more money at the end of the month. We said in our manifesto we would not raise VAT, National Insurance or income tax for the next five years.
We’re phasing out slowly tax credits under Universal Credit, and as they go something else is coming in: a new National Living Wage. By April no-one in this country aged over 25 will earn less than £7.20 an hour.
Fifth: we pledged not just to maintain NHS funding, but to increase it. We have announced we’d deliver the first £6bn upfront next year. Plus, no more ‘wait until Monday’ for the care you need; no more, ‘we don’t do that at the weekend.’ Instead, security 365 days a year, 24/7, for every single one of us at hospitals like Leighton.
We’re also trying to do right by pensioners, who, for too long, got a raw deal. We’re increasing the basic state pension to £119.30 a week – the biggest real-terms rise in 15 years. We’re also bringing in the new state pension, whose full amount will start at £155.65 a week.
Now we’re not saying we’ve done everything, but day by day, we’ve been holding firm to our pledges and paving the way for the brighter future that people voted for.
I would like to take this opportunity to wish you a Happy Christmas, and a peaceful and prosperous 2016.

The Woodland Trust have asked me to spread the word about their free trees scheme for schools, which is supported by the Government.
The new scheme offers eligible schools extra help with planting to encourage them to make their school grounds and local communities greener.
As well as free tree packs, there’s help with finding somewhere else to plant if there isn’t room in school grounds; and there’s on-line curriculum linked resources to support teachers’ lesson plans.
The closing date is January 8th 2016 and schools can apply via the Woodland Trust website, which is also a mine of information about trees, woods and wildlife.
Recently, I have... 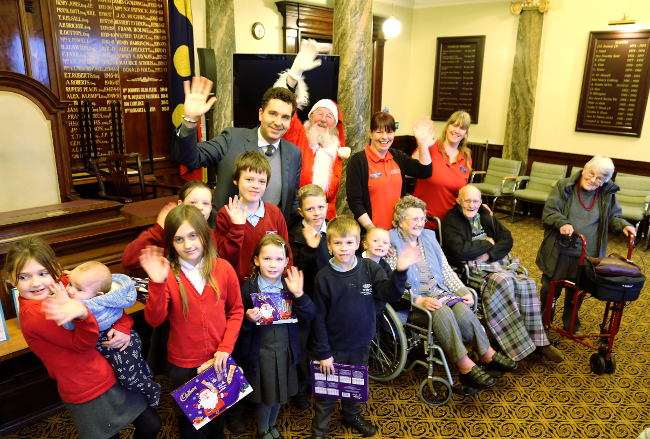 Christmas Card Competition 2015
It was great to present prizes to the many talented artists who were shortlisted in my MP Christmas Card competition (with special guest Father Christmas!). Congratulations to the winner, Freya Buckley, who is a pupil at Beechwood Primary School, and thanks to everyone who voted for their favourite design on Facebook. 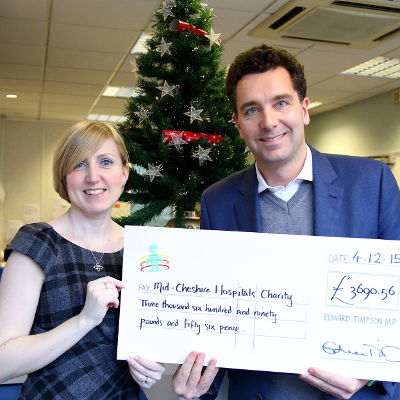 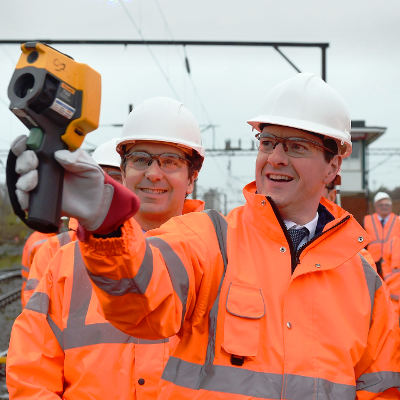 Construction on HS2 to start 'within next couple of years'
Crewe Chronicle: Chancellor George Osborne was at Freightliner at Basford to announce details of the Government's commitment to bring high speed rail to Crewe. Work will start in the next couple of years. 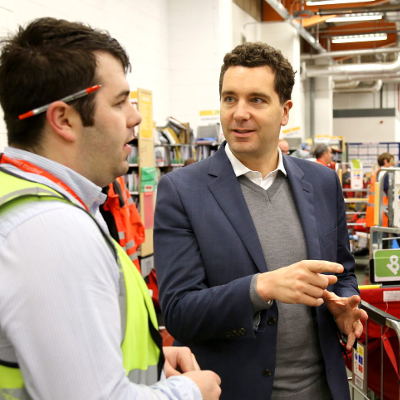