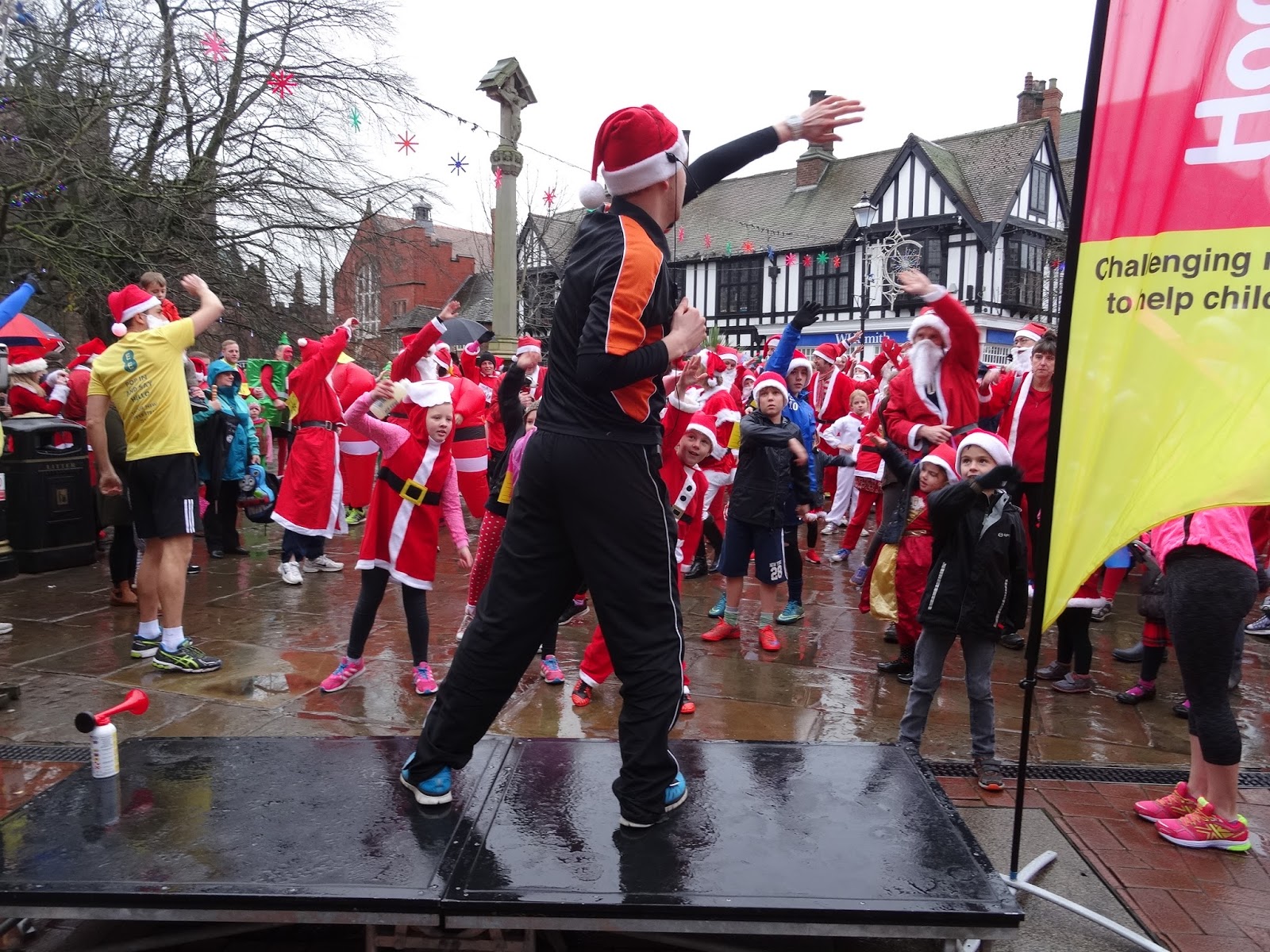 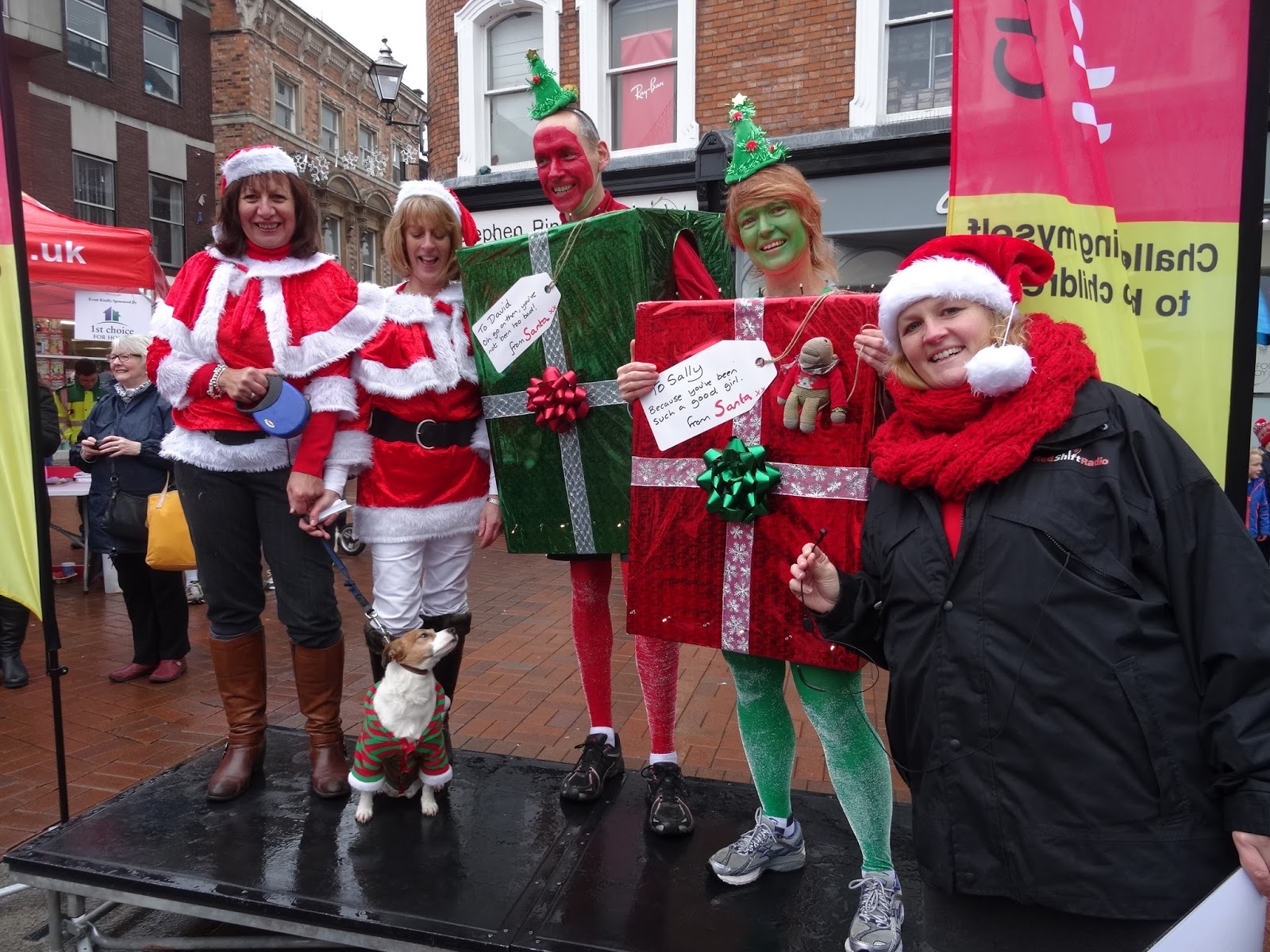 Reporter J White
The annual Nantwich Santa Dash took place on the morning of Sunday 13th December 2015.
Liz Southall from online community radio station RedShift Radio - http://www.redshiftradio.co.uk/ - compered the event on the town square. She thanked the sponsors, volunteers and participants for making the event possible.
The best dressed competition, judged by 1st Choice for Homes, was deservedly won by David Barley from Nantwich and Sally Tolhurst from Leek as they each dressed as a Christmas present box, complete with flashing fairy lights!
There was a warm up from an Instructor from Everybody http://www.everybody.org.uk/ , followed by a reminder of the two new routes (1 'lap' of 2.5km or 2 laps of 5km) around the town before the 200 runners moved to the start line for the 11am set off.
There were people dressed as Santa Claus, Mrs Claus, elves, inflatable Santa's, along with several Santa dogs. The last people crossed the finish line on 50 minutes.
Each finisher received a medal, chocolate, mince pie and bottle of water.
All proceeds from the event will go to Hope House Children's Hospices http://www.hopehouse.org.uk .
The race was once again generously sponsored by 1st Choice for Homes http://www.1stchoiceforhomes.com , with the chocolates kindly supplied by Sugros Cash & Carry, and the mince pies by Chatwins.
The course was marshalled by the Rotary Club of Crewe & Nantwich Weaver and teenagers from National Citizen Service (NCS).
Race Organiser, Hannah Penney, said, "We thank everybody for attending today's event. It was lovely to see so many people getting in the festive spirit and supporting the charity. We wish everyone a Merry Christmas and a Happy New Year."
Posted by Jan Wright at 00:04